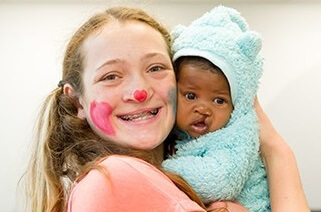 UP Facial Cleft Deformity Clinic changes lives, one child at a time

Music blasts out of Zaskia Botha’s portable hi-fi system in the pristine reception area of the University of Pretoria’s (UP) Facial Cleft Deformity Clinic...

Music blasts out of Zaskia Botha’s portable hi-fi system in the pristine reception area of the University of Pretoria’s (UP) Facial Cleft Deformity Clinic on UP’s Prinshof Campus, as patients wait to be attended to by its staff.

It’s 9:30am on a Friday, the clinic is celebrating its 35th birthday, and there’s an air of festivity. Zaskia (14) cradles baby Ontatile Molapo, as she dances to music with him. Zaskia has been a patient of the clinic since birth and is so grateful for what it has done for her that she returns regularly to entertain other patients.

Her mother, Marie-Louise Botha, says when she was five months pregnant, Zaskia was diagnosed with cleft palate deformity and was referred to the UP clinic by a paediatrician in Nelspruit. “Zaskia had a unilateral cleft (her nose was open) when she was born, and she could not eat.” In utero this common birth deformity entails a child’s lip/mouth not fusing properly, causing a split in the upper lip or the roof of the mouth (palate), or both areas, creating complications in feeding and speaking. This affects the child’s ability to be integrated into society.

This deformity can occur through inheritance or environmental factors.

To fix the problem, the clinic, which is part of UP’s Department of Maxillo-Facial and Oral Surgery, conducted surgery on Zaskia when she was five months old; nine months old; 10 years old and 13 years old.

“Zaskia started talking at the age of two-and-a half and has received speech therapy since she was one,” Botha says. “Because of the cleft she did not have the right valves that close and open. There was still a hole in her pallet… Cleft babies sometimes speak with a nasal sound. She had to learn how to do it without the nasal sounds.”

With tears streaming down her cheeks, Botha paid tribute to the clinic, which has drastically changed Zaskia’s life. She sees clinic founder Professor Kurt Bütow (who still works part-time at UP and in private practice) as “my hero”, as he performed all Zaskia’s surgeries. She also sees orthodontist Dr Emad Ghabrial and retired nurse Sister Daleen du Plessis as “angels”. After Zaskia’s birth, doctors at the clinic inserted a feeding tube through her nose into her stomach, enabling her to be fed. The clinic also made a plate for her mouth, allowing her to be bottle-fed later. “Sister Daleen would come to Nelspruit to support us. I’ve never met anyone like her. She is amazing!”

The clinic was established by Prof Bütow more than 35 years ago, to “enable a more comprehensive treatment for this facial-oral deformity”. He says that had Zaskia not had treatment, there would have been an opening on her face (lip and nose) and mouth, as well as an opening between the oral and nasal cavity, causing severe speech impairment.

Prof Bütow says, “Treatment starts as a baby and ends as an adolescent”. The clinic’s team is multidisciplinary, comprising community nurses, maxillo-facial surgeons, geneticists, orthodontists, speech and hearing therapists, and clinical psychologists. “I am struck by the enthusiasm of the medical staff who are part of the clinic,” Prof Bütow says. 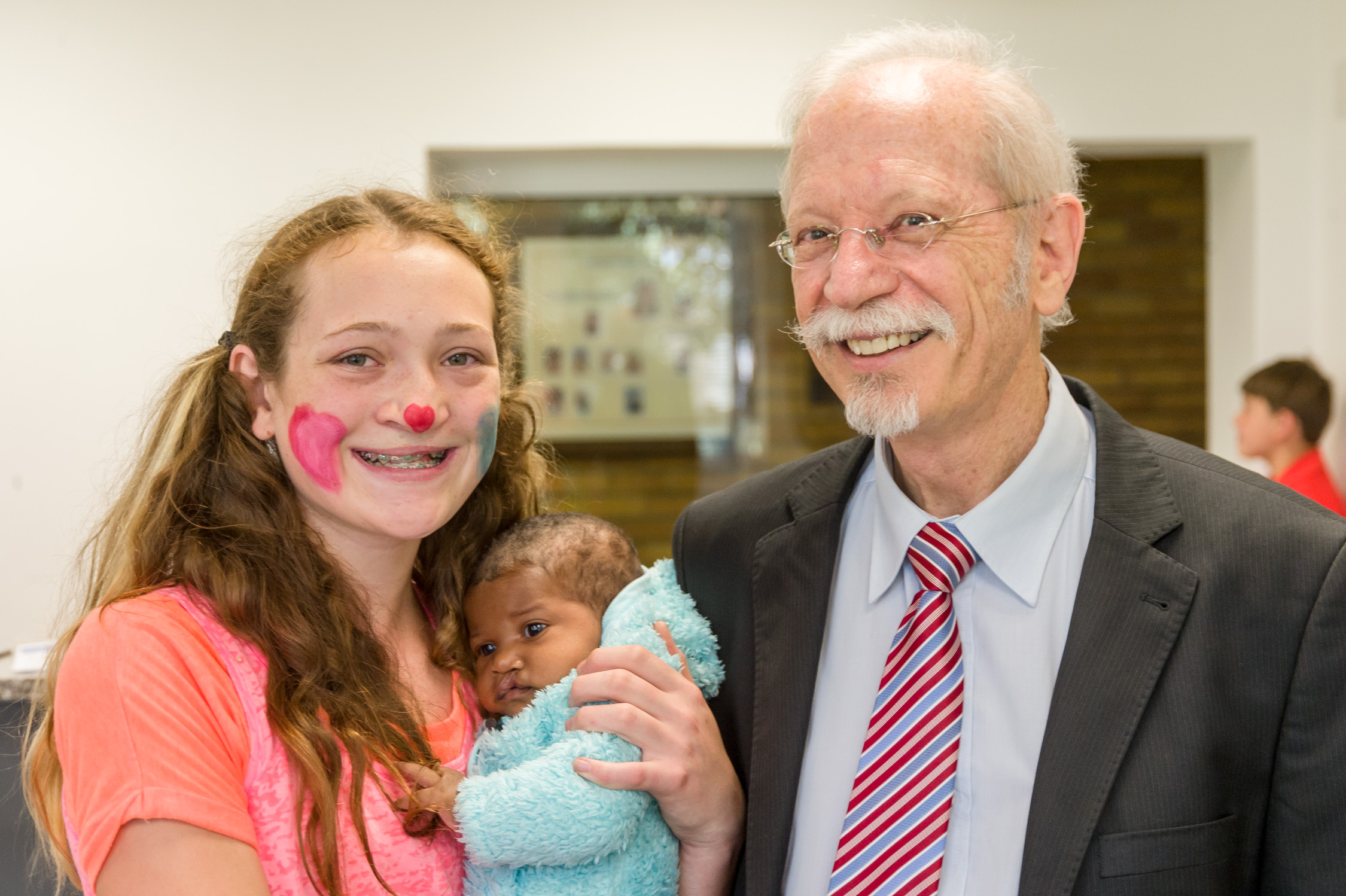 The clinic has had such an impact on the lives of its patients that, according to Prof Bütow, “some even hug me at restaurants. They come running to me. I am thrilled at how they have performed and become part of society. One was awarded a gold medal for maths, and another is a TV presenter.” 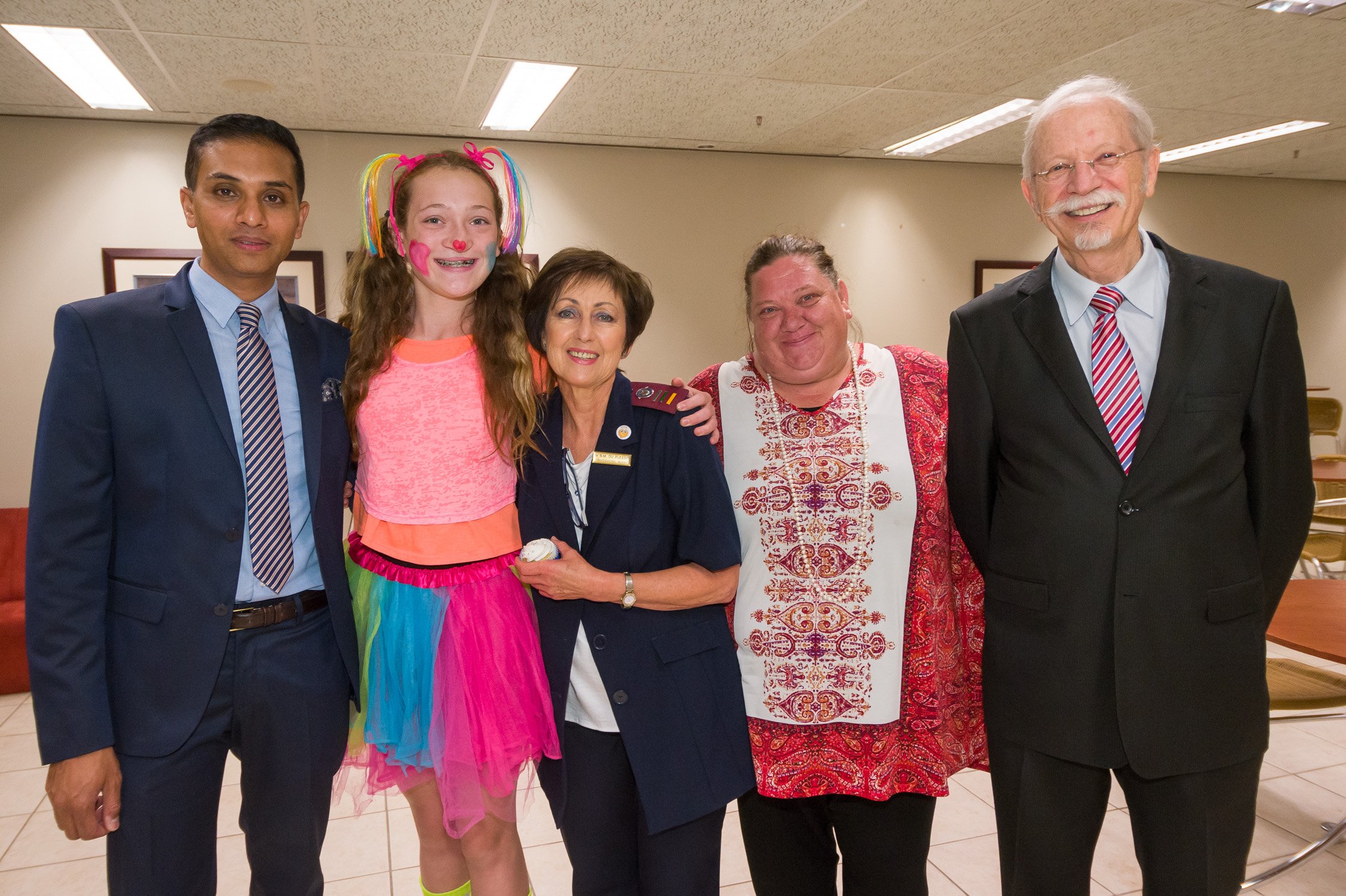 According to Cleft Surgeon and Head of the Facial Cleft Deformity Clinic Dr Sharan Naidoo, the clinic has treated approximately 4 900 patients over the past 35 years, making it one of the biggest multidisciplinary clinics in Africa. All members work cohesively to help babies and children with orofacial clefts grow and develop normally.

Pointing to seven-year-old Lerato Linko, a patient busy playing with his mother’s cell phone, Dr Naidoo says, “The services we provide allows patients to develop confidence, which is important for leading normal lives and to be integrated into society.” 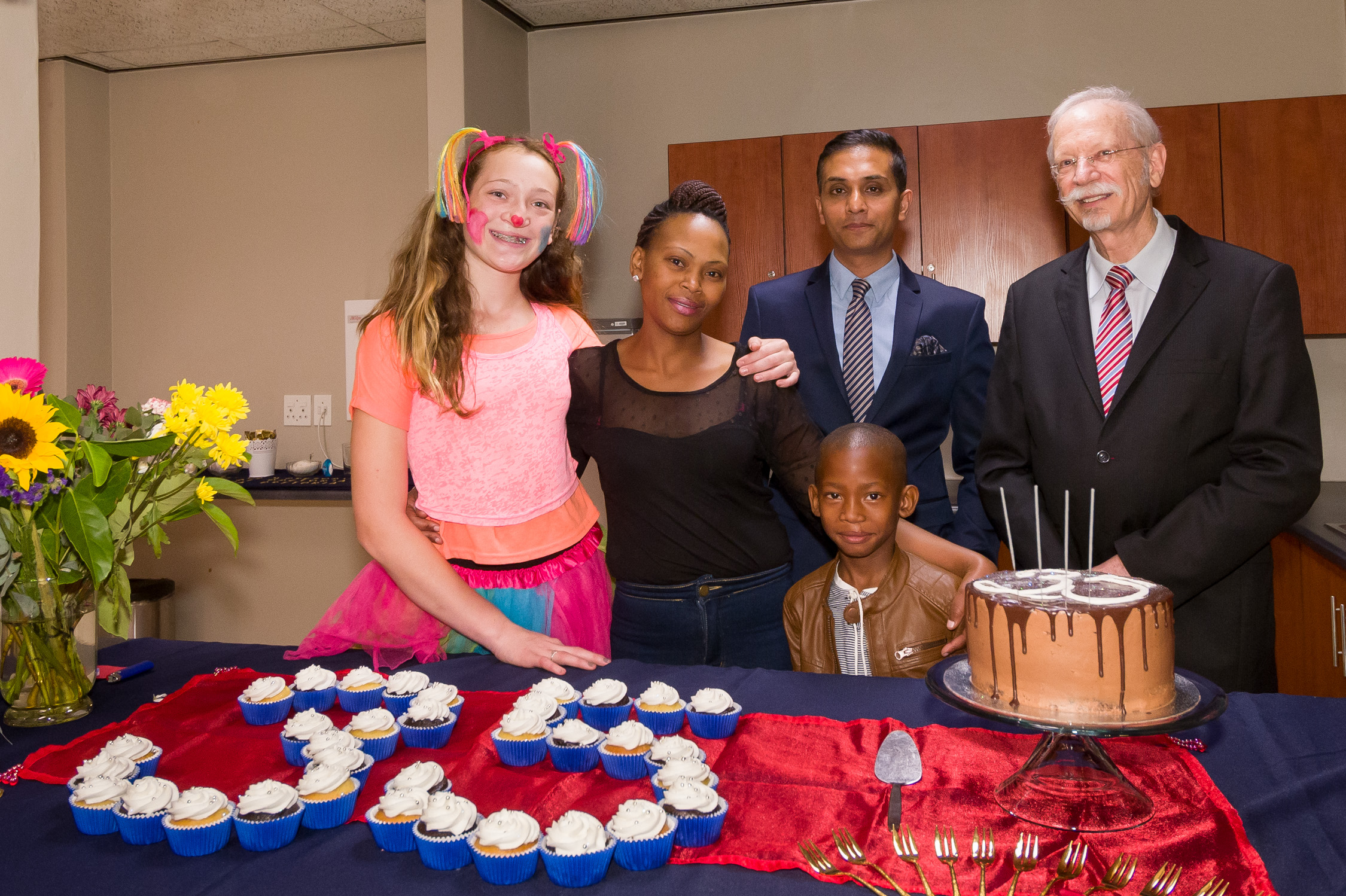 Dr Naidoo, who refers to his patients as “our children”, says, “I am extremely proud of the work done by all members of the cleft palate team from past to present. I experience a sense of joy and accomplishment to be able to touch the lives of others positively.”

In terms of future plans, he says, “I would love to be instrumental in establishing cleft centres of excellence in regions where there is a great demand. In doing so, we make cleft care accessible.”

Patients have a long-lasting relationship with the clinic: once surgery and other treatment is complete the team follows up with patients annually. The comprehensive treatment techniques implemented have led to drastic improvements in clinical outcomes, reducing the stigma of this deformity.

Meanwhile, Zaskia, who fell behind on her developmental milestones as a child because of her deformity and was ostracised by other children, now attends Hoërskool Centurion after being home-schooled for two years. “I want to teach dance and languages,” she says with a smile. She’s also keen to entertain patients at the clinic despite being at a formal school.

Zaskia needs further surgery to her nose, but thanks to the clinic’s work and her strong spirit, she has gone from a child with a speech impairment to one who is now a member of her school choir.

“She loves her high school,” her proud mom says. “And growing up as a clefty made her so much stronger than her peers. She’s a warm and loving girl who likes including people – especially those who are outcasts. She knows all too well what that feels like.”