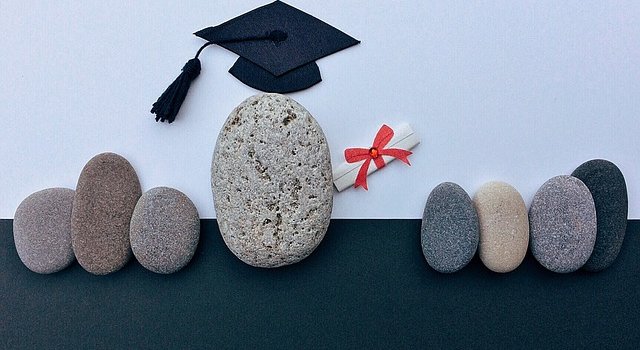 Stellenbosch University (SU) bestowed an honorary doctorate on globally renowned mathematician Professor Batmanathan Dayanand (Daya) Reddy on Thursday (1 April 2021) at SU’s March graduation. Reddy received the degree Doctor of Science (DSc), honoris causa, at a small physical graduation ceremony for doctoral graduates from the Faculty of Science held at the Endler Hall in the Konservatorium (Conservatoire) on the Stellenbosch campus.

He was honoured for his research leadership and scientific breakthroughs; for his exceptional contribution in strengthening and advancing science at a national and international level; and for his generosity in sharing his knowledge and expertise to develop students in the field of computational and applied mechanics.

In his acceptance speech, Reddy said SU has done him a great honour by awarding him the degree.

“It is doubly an honour being conferred by an institution of undoubted stature in the world of scholarship and beyond.”

Speaking on the importance of science, Reddy said it has to be an integral part of our efforts to address the social and environmental challenges of our time.

“Science is absolutely essential to addressing the existential challenges posed by the COVID pandemic. We are witnessing roles played by not only health scientists, but also mathematicians, statisticians, demographers, chemists, social scientists and psychologists working across disciplines.

The scientific community has been exemplary in its cooperative approach and has set an example to governments and other sectors, an example which will be pivotal in determining the success of our efforts in building a sustainable and resilient future.”

Reddy said scientists should do their work ethically and with integrity so that people can have trust in science, especially in the face of misinformation and pseudoscience which pose a real threat to the value of science.

He encouraged the doctoral graduates to be vigilant and to advocate strongly and publically for scientific values and methods.

Reddy has a notable record of sustained activity in strengthening the scientific enterprise. An A-rated National Research Foundation scientist, Reddy’s journey into science began back in 1973, when he completed a BSc in Civil Engineering at the University of Cape Town (UCT), followed by a PhD at the University of Cambridge in the United Kingdom.

He has made major contributions to the analysis of problems in solid mechanics, most notably plasticity, and to the development and analysis of mixed and related finite element methods.  Beyond these major areas of expertise, he has also made significant contributions to aspects of biomedical mechanics.

Reddy is a founding member of the African Institute for Mathematical Sciences, chaired a steering group of academics who established the South African Centre for High Performance Computing, and is a founding fellow of the Academy of Engineering and Technology of the Developing World.

He served a seven-year term as Dean of the Faculty of Science at UCT, where he also held the South African Research Chair in Computational Mechanics in the Department of Mathematics and Applied Mathematics. He retired from UCT at the end of the end 2020.