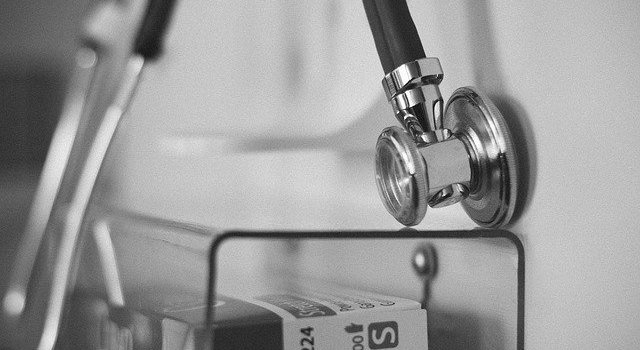 Many children with tuberculosis (TB) don’t receive the necessary treatment because of challenges with diagnosis and reporting. A relatively simple, hospital-based intervention could help...

Many children with tuberculosis (TB) don’t receive the necessary treatment because of challenges with diagnosis and reporting. A relatively simple, hospital-based intervention could help to reduce the gap in reporting when children are diagnosed at hospitals and ensure a continuation of TB care once they’re discharged back to their local primary healthcare facility.

This is one of the main findings of a recent doctoral study at Stellenbosch University (SU).

“In South Africa, thousands of children with TB fall through the cracks because they are either undiagnosed, or diagnosed but unreported. To ensure proper diagnosis and reporting, TB programmes need good monitoring and evaluation tools as well as reliable and complete TB surveillance data for children,” says Dr Karen du Preez from the Desmond Tutu TB Centre at SU’s Faculty of Medicine and Health Sciences. She recently obtained her doctorate in Paediatrics and Child Health at SU.

Du Preez investigated the role of diagnostic and treatment surveillance strategies to inform a paediatric TB care cascade that can be used in South Africa. A care cascade for TB depicts all the sequential steps (or pillars) that are needed to ensure treatment is successful.

As part of her research, Du Preez quantified the overall paediatric TB reporting gap in South Africa which is the difference between the estimated number of national child TB cases produced by the World Health Organisation annually (Pillar 1 of the care cascade), and the actual number of treated and reported paediatric TB cases (Pillar 4). She also quantified the hospital-reporting gap, that is, the difference between children diagnosed at hospitals, but not reported to start treatment at their primary health care facilities.

“Quantifying the number of children that successfully complete each step (or pillar) of the cascade, can help us to identify specific gaps or areas where children are lost. Having this data provides us with the opportunity to intervene and support them so that they continue to receive the necessary care.”

To better understand Pillar 4 (Notified and Treated), Du Preez also compared trends in child and adolescent TB case notifications in terms of different age groups (0–4, 5–9, 10–14, 15–19 years) in South Africa from 2004–2016 and by HIV status in the context of the changes in the public health response to HIV.

Du Preez says her research showed how a simple, hospital-based intervention could help address the hospital-reporting gap (the difference between Pillars 3 and 4).

“Our intervention to support community referrals resulted in 98% of children being successfully referred, and reduced the hospital-reporting gap at a large, referral hospital in Cape Town from 38% to 16%.

“This is quite significant if one considers that in 2018 only 65% of the estimated 27 000 children with TB in South Africa were reported to TB programmes. Nearly 10 000 children were lost between Pillars 1 and 4 of the care cascade.

“To improve surveillance data for children with TB, we need data from hospitals to be included and we also need to report our data in smaller age-bands for children and adolescents.”

Du Preez says that as far as Pillar 4 is concerned, 719 400 children and adolescents have been treated and reported with drug-susceptible TB between 2004 and 2016 in South Africa.

She says that regarding Pillar 3 a substantial number of young children diagnosed with TB at public hospitals also had HIV and TB meningitis.

Du Preez says her research has highlighted the value of patient-centred care and good communication to support children with TB (and their families) when moving between different levels of the healthcare system.

“Ideally, we would want all children with TB to have access to health services, receive a diagnosis, to start and successfully complete TB treatment and to survive without any remaining illness. We know, however, that at each step in the cascade, some patients are lost. Quantifying the losses along the care cascade can help us to better respond to the TB epidemic in children and adolescents.”