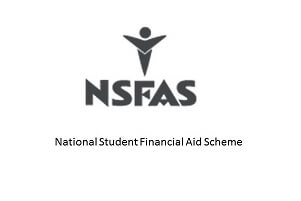 Dr Randall Carollissen has been appointed as the administrator for the National Student Financial Aid Scheme (NSFAS) by Higher Education and Training Minister Naledi Pandor.

Carollissen will take over the governance, management and administration of the entity.

The appointment will be effective from the date of the publication of a notice in the Government Gazette, which will be done early next week. The appointment is for a period of one year.

He is also the Chair of the Council of the University of the Witwatersrand.

Carollissen’s appointment follows a meeting between Pandor and the NSFAS board last week, following the resignation of its chairperson, Sizwe Nxasana.

This followed several months of engagement with the board and the entity in light of serious delays in the funding of students at Technical and Vocational Education and Training colleges and universities in 2017 and 2018.

“Following the meeting, the Minister announced that she would be appointing an administrator to take over the management, governance and administration of NSFAS in terms of Section 17A to 17D of the National Student Financial Aid Scheme Act (Act 56 of 1999, as amended). The board agreed with the Minister on the need for the appointment of an administrator,” the department said in a statement issued on Friday.

Pandor highlighted Carollissen’s leadership and management experience, high-level technical skills and his understanding of the South African Higher Education and Training landscape as key attributes in selecting him for the role.

“I wish to thank him for agreeing to take on this critical and important task. I also thank the South African Revenue Services, and the Minister of Finance for agreeing to release Dr Carollissen,” Pandor said.

Carollissen will be supported by a team of experts in areas including financial aid, human resources, information technology, business systems, and change management.

Pandor said the immediate focus for the administrator will be to ensure the effective closeout of the 2017 and 2018 student funding decisions and disbursements, as well as to urgently finalise plans for the 2019 funding cycle.

“Over the next few months the administrator will work with universities and TVET colleges to make sure that student funding for the 2019 academic year works smoothly.”

In her first meeting with the administrator, Pandor urged Carollissen to prepare for the opening of 2019 applications in September 2018.

A review of the NSFAS student-centred model will be undertaken over the next few months to run parallel with the term of the administrator. This will provide recommendations for the long term improvement of NSFAS so that it can effectively carry out its mandate, to ensure that students from poor and working classes are effectively supported to succeed in their studies.

The Minister also thanked the current NSFAS board members, and the new Chairperson Professor Garrod, for their commitment to support the entity during the transition period.

The current board will be dissolved from the date of publication of the Gazette.