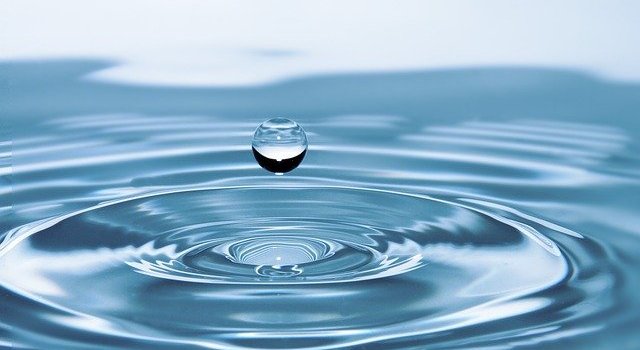 Groundwater the saviour we need to take care of

Nearly two-thirds of South Africa depends solely or partially on groundwater for domestic needs, and in a water-stressed country this source is becoming increasingly...

Nearly two-thirds of South Africa depends solely or partially on groundwater for domestic needs, and in a water-stressed country this source is becoming increasingly important. But, we need to use it wisely.

Dr Eelco Lukas, a geohydrologist, is the Director of the Institute for Groundwater Studies at the University of the Free State (UFS). He explains that all natural water found in the earth’s subsurface is called groundwater. “When we look hard enough, we can find groundwater almost everywhere.  But, that does not mean that we can start pumping groundwater at any location.  In many places, the amount of groundwater available (yield) is so little, or the water so deep that it is not financially viable to pump it.  Another problem might be the quality of the water.”

Most of the big cities use surface water in their water pipes. Almost all big cities worldwide are located close to a supply of freshwater.  Cape Town has drilled many boreholes in the past two years to augment the city’s water supply.  However, problems can arise when a borehole is drilled for a community with a certain number of people and soon there are many more people than the borehole can supply. It is not so much a case of the “borehole drying up” but that the capacity was exceeded.

With increasing drought and water restrictions being imposed, many people opted for their own borehole. When so many people draw water from the same source, the water table will drop. It can be compared to drinking from a milkshake, but when five other people also drink with straws from the same milkshake, all will be left thirsty.

Dr Lukas says because groundwater is something that cannot be seen by the naked eye, the general public has many misconceptions about groundwater. Some people think that you can drill a hole just anywhere and that you will find water, others believe that water flows in underground rivers. It generally moves very slowly, only a few meters per year. And if it rains at a specific place, it does not mean that water will reach a particular borehole.

“Sustainable groundwater usage is the certainty that enough groundwater is available in years to come.  Sustainability is dependent on two external factors, namely demand and supply.  Unfortunately, both these factors are beyond the control of the geohydrologist.  When enough water is available for a community, the chances are that the community starts to grow, thereby enlarging the demand.  If the higher demand cannot be met, sustainability is no longer possible. When a change in rainfall pattern results in a decline of the precipitation, the groundwater recharge will become less resulting in a lower supply of water.”

How does water move?

Groundwater moves through openings in the subsurface. These opening can be large (a millimetre to a few centimetres) but, most of the time they are small, only a fraction of a millimetre. These are called pore spaces.  Water can only move through the pores if the pores are connected to other pores. The ease with which water can move through the rock is called hydraulic conductivity and is expressed in volume per area per time.

Dr Lukas explains that different types of rock have different sizes of pore openings. The speed water can move through unconsolidated materials ranges from 1000 m/d (gravel) to 10-8 m/d (clay). Consolidated materials range from 1000 m/d (highly fractures rock) to 10-7 m/d (shale).  Sandstone, a rock that occurs in abundance in South Africa, has a typical hydraulic conductivity of 10-2 m/d which means that the speed at which the water flows, is around 1 cm/d, which is less than 4 metres per year.

In a way, you can compare groundwater flow to a pipe filled with marbles.  If you remove one marble at the one side, a marble may enter the pipe on the other side.  Although it may take the marble a long time to reach the other side of the pipe, the movement of the marbles is noticed almost immediately, says Dr Lukas.

Before groundwater is used, experts must make sure that it is suitable, Dr Lukas says. This is one of the areas the Institute of Groundwater Studies at the UFS excels in. The institute also provides a complete service to industries through field investigations, the development of specialised field equipment, a well-equipped commercial and water research laboratory and a number of computer models for the management of the aquifers, protecting them from pollution.

There are different standards for different purposes.  The best-known standard is the drinking water standard (SANS 241).  The water is tested for microbiology, as wells as on the physical, aesthetic, operational and chemical determinants, and for the taste and colour.

Different techniques are used to “look” at different depths.   Water found close to the surface (upper 20 m) is often young water, meaning that it has been recharged not too long ago.  Because it is so close to the surface, it is vulnerable to contamination.   Deeper water is probably a bit older and because it is farther below the surface it is more protected against surface contamination and the quality of this water is generally good.  Really deep ground water ( > 200 meter deep)  will be even  older and may have elevated salt content due to the long residence time of the water.

How much ground water do we have?

Groundwater is a significant source of water and in some parts of the country the only source of potable water.  According to the Department of Water Affairs and Sanitation, the most recent estimate of sustainable potential yield of groundwater resources at high assurance is 7 500 million m³/a, while current groundwater use is estimated at around 2 000 million m³/a. Allowing for an underestimation on groundwater use, about 3 500 million m³/a could be available for further development.  Unfortunately, if there is a shortage of water on one side of the country it cannot be supplemented with water from the other side.

With a drought, the amount of water falling from the sky is below average, which means that the available water to recharge is also less. With less recharge water, the groundwater levels will decline.  To make things worse during a drought, groundwater users will pump more water to make up the deficit in rainfall, thereby accelerating the drop in water levels.