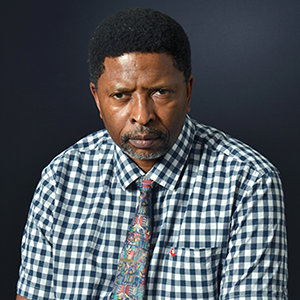 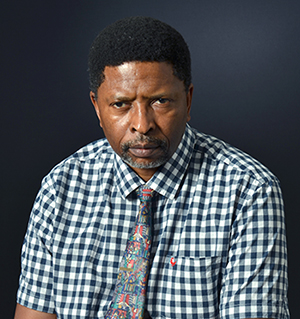 A mathematician of note, Prof Themba Dube of the Department of Mathematical Science in the College of Science, Engineering and Technology (CSET) demonstrates that...

A mathematician of note, Prof Themba Dube of the Department of Mathematical Science in the College of Science, Engineering and Technology (CSET) demonstrates that teaching is a noble calling. Dube pursued his dream of becoming a profound mathematician and passed most of his qualifications with distinction. He majored in Mathematics, Applied Mathematics and Statistics, and holds a PhD in Mathematics from the University of Durban-Westville.

Dube grew up and was schooled in Soweto, a township that is associated with great talent, a number of struggle stalwarts, bravery and human rights activism. He describes himself as “a simple Soweto boy who fell in love with mathematics at a very young age.”

He taught at various universities in South Africa and held a number of leadership positions. Dube has been with Unisa for over a decade and continues to make a difference in the academic journey of his students. He has solely supervised to completion four PhD students at Unisa from four different countries, namely, The Republic of Congo, Nigeria, South Africa and Zimbabwe. One of these students is the first black woman to receive a PhD in Pure Mathematics in the history of the institution. Under his mentorship, post the student’s PhD, she received a C2 NRF rating when she first applied.

Dube’s current research is in the area of Pure Mathematics called Pointfree Topology. Roughly speaking, it is about an abstract study of geometrical properties using algebraic methods and techniques. According to him, research in Pure Mathematics in South Africa is on par with current international trends. He added that the fraternity of pure mathematicians in South Africa has not fallen to the temptation of “quantity over quality”.

“On the other hand, the teaching of Mathematics has suffered greatly due to the pressure from university managers to increase pass rates and throughputs. This has, inevitably, led some in the whole country to choose between compromising standards and perpetually facing an onslaught from some institutional leaders about how they do not motivate students.”

Dube holds a B3 NRF rating and in 2013, he received the most prestigious award from the South African Mathematical Society (SAMS) for Research Distinction. In 2016, he was appointed by said organisation to be the editor-in-chief of its accredited and ISI-listed journal called Quaestiones Mathematicae. Incidentally, he is the first person of colour to edit this journal in its history. In 2010, Dube received the Unisa Principal’s Award for Research, while in 2013 and 2017 he received the Unisa Chancellor’s Award for Research. He has now been nominated for the 2019-2020 NSTF-South32 Awards.