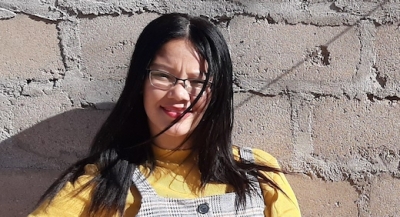 Visually-impaired student sticks to her vision

Retinitis pigmentosa is a rare, inherited degenerative eye disease that causes severe visual impairment. The 24-year-old who hails from an old copper-mining town, Nababeep in the Nama Khoi Local Municipality, says that a compulsory medical test for all technical personnel she underwent during her in-service training changed her life for good.

“It was first discovered by an occupational doctor that something was wrong with my eyes. I had to see an eye specialist, in fact for clarity I saw two different ophthalmologists and both agreed on the fact that I had retinitis pigmentosa,” Conchitta says.

After the diagnosis, she contacted her Work-Integrated-Learning lecturers who said she could complete her training, “I did all my outstanding reports to the best of my ability because I really wanted to finish my diploma.”

“Sometimes, I am scared to cross the road because I need to triple-check or sometimes someone would greet, waving a hand and I would not see it, afterward I would feel so stupid for not being able to see simple things like that.”

However, she says that the experience motivated her academically as she did every report she had to submit to the best of her ability.

The mother of one says the support she got from her lecturers (Dr Panagiotis Lazanas and Pule Tjale), parents, boyfriend, and the whole family helped her through her pain. “I would like to tell students in my position or in any other struggle to have faith, always believe, and tell yourself you can.”

She is currently part of an organisation called Retina South Africa which helps people like her to find the cause and possible treatment for the condition. Her employers, BVi Consulting Engineers in Springbok, Northern Cape, were very helpful as they gave Conchitta the opportunity to finish her training with them, “knowing I won’t be able to do any site visits without supervision”.

Conchitta, who aspires to get her degree in education to teach electrical engineering, says: “It changed my life in a way that I may never be able to drive my own car because I cannot get my licence or the fact that I will never be able to do the practical side of Electrical Engineering especially in areas that are dangerous such as construction sites.”