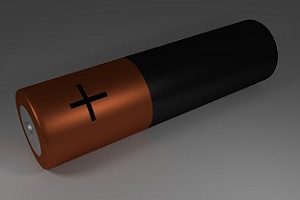 Archives2263
In an attempt to meet the demands of the ever-increasing use of rechargeable battery technology, the University of Limpopo (UL) launched South Africa’s first...

In an attempt to meet the demands of the ever-increasing use of rechargeable battery technology, the University of Limpopo (UL) launched South Africa’s first pilot plant in manganese beneficiation in Mbombela, Mpumalanga

The R30 million Lithium Ion Battery (LIB) Precursor Pilot Plant is a strategic initiative by the Department of Science and Technology (DST) that could give the country a competitive edge in the global energy storage sector.

LIB is used in cellphones, laptops, watches, digital cameras and some medical devices, such as pacemakers used in heart surgery patients. These batteries are made of manganese and South Africa has 80% of the global high-grade manganese ore reserves.

In her keynote address, Minister of Science and Technology, Naledi Pandor, said the programme aimed to develop energy storage technologies that would meet the requirements of Eskom for on grid storage, renewable energy integration and electric vehicle applications

Pandor told the assembly of academia and industry captains that manganese was a huge potential contributor to minerals beneficiation in the country. “The export of high-value precursors to a global market for lithium ion batteries would increase the value of local manganese and build manganese beneficiation capacity in South Africa,” she elucidated.

Ngoepe added that the bench scale and pilot plant facilities had sufficient capacity to qualify the above products at selected customers on a semi-commercial scale, given the university’s expertise in the nature and discipline of the dry cell battery industry.

Professor Mahlo Mokgalong, UL Vice- Chancellor and Principal, thanked the DST for recognising research excellence and expertise at the university. He believed that the project would position the country as a world-class global supplier of manganese-based cathode materials for the international LIB industry.

He added that more than accelerating the university’s pace as a major player in research on battery materials, the project was envisaged to enliven passion in young scientists and boost the country’s GDP.

Manganese ore is currently exported at 100 USD per tonne, the Lithium Manganese Oxide precursor is valued at 2000 USD per tonne and once production reaches 10 000 tonnes per year, 200 direct jobs and 1 400 indirect jobs are envisaged with an annual turnover of R310 million.

One of the four beneficiaries, Reason Sithole from Bushbuckridge in Mpumalanga, said his internship at the plant had been nothing short of a wonderful exposure. “I am studying National Diploma in Extractive Metallurgy at the University of Johannesburg (UJ) and this programme has already enriched my understanding of the sector. I can’t wait to graduate and serve the industry full- time,” Sithole remarked.