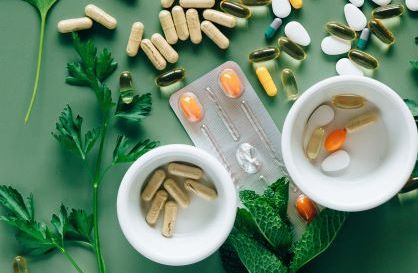 The Department of Pharmacology at the University of the Free State (UFS) will establish one of the most advanced modern Pharmacology GLP-accredited research and...

The Department of Pharmacology at the University of the Free State (UFS) will establish one of the most advanced modern Pharmacology GLP-accredited research and development laboratories in the country, and possibly in the region, after receiving a grant of R58 million.

Prof Motlalepula Matsabisa, Director of Pharmacology, has received a DSI high-end infrastructure (HEI) grant to build the laboratory, which will be a centre of excellence for the government, the World Health Organisation (WHO), and the African Union’s (AU) Commission for Social Development. The grant will also be used to build an herbal medicines production/manufacturing facility, as well as piloting a health facility for traditional medicines.

“I am excited to bring this huge grant to the UFS and look forward to the institution working effortlessly to become one of the leaders in this initiative. We aim to respond to our local, regional, and international research needs, our product development and commercialisation requirements, and to be competitive according to current international standards. The facility will be a unique place to learn and put theory into practice and develop the research from the bench to the hospital bedside,” says Prof Matsabisa.

According to him, the research and development laboratories, as a centre of excellence, will host students, researchers, and scientists from the continent in order to practicalise and strengthen bilateral African science and technology development, as well as South-South collaborations, while maintaining its international outlook. This will lead to proper drug discovery, drug development, and product development, serving a number of clients, including communities, traditional health practitioners, the pharmaceutical industry, as well as policy makers.

“We will develop the facilities to compete in international herbal-medicine markets.  With this injection of funding, as well as support from all our clients, namely universities – the UFS in particular – the government, and the WHO and AU, including support from traditional health practitioners, communities, and the herbal pharmaceutical industry, failure has no definition in our vocabulary and is a distant thought.”

“We will develop effective, safe, quality products under one roof – from basic and clinical research to finished, final, marketed proprietary products based on indigenous knowledge systems (IKS) and our iconic traditional medicinal botanicals,” states Prof Matsabisa.

Under the leadership of Prof Matsabisa, the department has recently also been awarded an annual Technology and Innovation Agency Platform (TIA) grant of R17 million for the next five years. This research and teaching programme, known as African Medicines Innovations and Technologies Development (AMITD), will help to recruit and employ the best skills throughout the research, development, and herbal-medicine manufacturing value chains.

“These investments will enable the university to play a large and key role in realising the dream of a sustainable propriety ATM industry to make an impact on health and job creation.”

AMITD will act as a national training and capacity development facility in drug research and development (R&D), and the formulation and production of quality, safe, effective, and well-researched medicines.  We hope to not only train students, but also technicians, researchers, and traditional health practitioners. The facility will afford postgraduate students a unique opportunity for research development and training at this innovative platform, with world-class specialised infrastructure and IKS academic leadership. Capacity development will be strengthened through postgraduate bursaries and postdoctoral funding by the UFS.

The collaboration with the private sector will further afford opportunities for research capacity development through postgraduate job opportunities and internship training at collaborating industry partners.

Prof Matsabisa, who is also leading Africa’s fight against the COVID-19 pandemic after being appointed chairperson of the World Health Organisation’s (WHO) Regional Expert Advisory Committee on Traditional Medicines for COVID-19 last year, further states that both the laboratories – the health and the production facilities – will be state-of-the-art, with the most modern research and production equipment.

The university, with its commitment, proven leadership in IKS for health, extensive IKS collaborative networks across the globe, available research and pharmaceutical product development expertise, state-of-the-art manufacturing equipment and supportive research capacity development programmes, is ready and eager to host such a production facility on its Bloemfontein Campus for later growth and expansion. The production and laboratories will be ideally situated in Central South Africa, so that the facility can be accessible to all.

“We see this facility as a platform to strengthen our collaborative efforts with industry, communities, and traditional health practitioners to address their research, R&D and production needs, and strive to contribute to the local development of an African medicines-based pharmaceutical industry. The facility will also be a national asset for the training of postgraduate students and scientists in this field, with more emphasis on assisting those institutions in rural provinces,” added Prof Matsabisa.

“There are a lot of people supporting IKS directly and indirectly – from Rectorate to the Faculty of Health Sciences and the Department of Pharmacology, as well as the cleaners who ensured a clean place when the funders came for their visits, support from Pharmacology staff, students, and postdoctoral fellows. I acknowledge the unwavering support of my HOD, not forgetting colleagues and managers of other departments who also contributed to the success of this grant directly or indirectly.”

“However, in every collaboration and teamwork there are those who take the idea as theirs and ensure that they live with this idea and grow with it; I call them the A-Team,” says Prof Matsabisa.

According to Dr Taylor, the UFS research strategy recognised the important role of IKS and African traditional medicines in the health and socio-economic fabric of our society. “Over the past five years, we have systematically built and invested in an IKS platform to become a centre of excellence, not just institutionally, but also with a national, regional, and international standing,” says Dr Taylor.

Big grant is a first

Dr Walters says a number of government initiatives aimed at community development, job creation, scientific value addition to local products, and the utilisation of our natural resources – land and marine – have been developed. These initiatives include the IKS Act 6 of 2019, AsgiSA, Batho Pele, and the Biodiversity Initiative, aimed at the sustainable development and commercialisation of South Africa’s natural resources.

“But never before has such a bold funding decision been made in the IKS funding sphere in the country like this one. I have been in this space of technology development and IKS development for years. This is not only the first such big grant for the UFS, but also for the country and region in terms of IKS.”

“It was a compelling value-for-money proposal, and very difficult to shoot down with so many letters of support emanating from other universities, research councils, government departments – provincial and national – our own SAHPRA, and many other letters from the WHO, WIPO, UN bodies, including from other international universities. This is not surprising, given the recognised international scientific standing of Prof Matsabisa on all the continents. But again, more importantly, not to forget the letters of support for this facility from the pharmaceutical industry and organisations of traditional health practitioners,” says Dr Walters.

“We would also like to acknowledge the support – through his letter of support – from our Rector and Vice-Chancellor, Prof Francis Petersen, and the institution for the idea and proposal content,” says Prof Matsabisa.