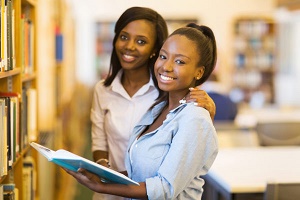 More than two million students studying at South Africa’s public universities and Technical and Vocational Education and Training (TVET) Colleges have been funded by...

More than two million students studying at South Africa’s public universities and Technical and Vocational Education and Training (TVET) Colleges have been funded by the National Student Financial Aid Scheme (NSFAS) since 2013, the minister of Higher Education and Training, Dr Blade Nzimande, has announced.

The total number of students who were supported by the government each year at universities was as follows:

It was also envisaged that college funding decisions for the current academic year would have been concluded by the end of April 2017 with 123 332 students already receiving support. “It is important to note that these figures will increase after the conclusion of all pending funding decisions. In this regard, NSFAS has employed additional resources to expedite the process,” Nzimande said, while restating government’s commitment to finding the resources to support the children of all poor, working- and middle-class families in their quest to better their lives and those of their families through skills acquisition.

Understanding the Education Landscape in the 21st Century

Opportunities abound for women in the demolition industry

Preparing for the future through global MBA student exchange