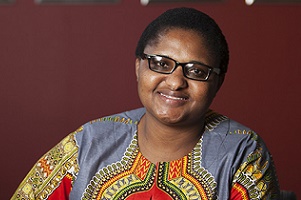 Thumbs up for breastfeeding

Breastfeeding is the most beneficial feeding option for infants born to HIV-infected women and should be continued until at least 12 months. This 2010...

Breastfeeding is the most beneficial feeding option for infants born to HIV-infected women and should be continued until at least 12 months.

This 2010 recommendation by the World Health Organisation (WHO), revised in 2013 and again in 2016 and supported in South Africa in the Tshwane Declaration of 2011, is based on studies indicating a reduction in risk of pneumonia and diarrhoea, the leading causes of child mortality.

Unfortunately, this recommendation was contradictory to previous recommendations to avoid breastfeeding to prevent mother-to-child transmission (PMTCT) of HIV.

Whilst investigating the social and contextual factors affecting HIV-infected women’s feeding practices for their infants for her PhD thesis, Dr Moleen Zunza, a researcher at the Centre for Evidence-based Health Care and FAM-CRU at the Faculty of Medicine and Health Sciences (FMHS) at Stellenbosch University, found that this contradiction was one of the main reasons for non-compliance.

She found that few women chose breastfeeding and that those who did, switched to formula feeding early. Her study was conducted when the Western Cape PMTCT was transitioning from supporting replacement feeding to recommending breastfeeding supported by antiretroviral protection.

“This transition was associated with conflicted feelings in women and healthcare providers about whether or not to breastfeed,” explains Zunza.

She says the study indicates that years of promoting formula feeding for HIV-infected women eroded the confidence in breastfeeding amongst both healthcare workers and women. Although the transition period in the Western Cape formally ended in April 2015, she is not sure if women’s perceptions have adequately changed.

“The first practical recommendation from this study involves disseminating evidence to both healthcare authorities and communities who often don’t recognise the benefits of breastfeeding for health and development of children,” says Zunza.

She believes her findings can also be used to motivate research about what convinces HIV-infected women that the risk of breastfeeding is worth taking. She says the research is relevant in highlighting the need for interventions to re-orientate and change the opinions of HIV-infected women and the communities. “Some tested interventions include individual counselling, group education, mobile phone text messaging and motivational interviewing.”

According to Zunza there is a need to individualise breastfeeding support in the short term and to support women to deal with any breastfeeding problems. “For breastfeeding to be successfully promoted and supported, actions are needed at many levels, from policy directives to social.”