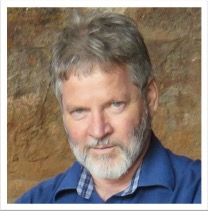 Before the Anthropocene: Human pasts in Karoo landscapes Published recently in the African Journal of Range and Forage Science, Professor David Morris has researched...

Before the Anthropocene: Human pasts in Karoo landscapes

“The human footprint is relatively diffuse across this region, compared with other places, but it is clear that the Karoo is not an “untouched” landscape. Socially and historically, as well as environmentally, the changes of the last 300 years have been dramatic.

“However, if any contrasts are to be drawn between the present and the beginnings of the colonial era, they should still not imply a Karoo void of people beforehand, for these marks of modernity are but the most recent episode in a long human history stretching back hundreds of millennia in the region.”

This article looks to the evidence of human life and land-use patterns in the Karoo landscapes from the deep past.

Beginning in Early Stone Age times, potentially up to a million and a half years ago, it goes on to consider periods of cultural and technological innovation in the late Pleistocene era, which archaeologists debate and relate to the emergence of anatomical and behavioural modernity as Homo sapiens evolved.“