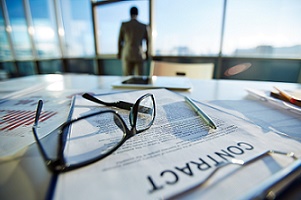 The Most Attractive Employer rankings for 2017, as conducted by branding firm Universum have been released. The students have spoken, and the most attractive...

The Most Attractive Employer rankings for 2017, as conducted by branding firm Universum have been released. The students have spoken, and the most attractive South African employers include KPMG, DHET, Webber Wentzel Attorneys, CSIR, Google and Department of Health.

The rankings are based on a survey of 46,981 students across 25 universities, whereby the students were asked range of questions including their career goals, preferred industries, which communication channels they’ve used, salary expectations and company associations,  among others.

When comparing the results to those of 2016, across the five major career fields, we see a number of repeat companies. In the field of Business/Commerce KPMG, Deloitte and PWC were the top picks in 2017, with PWC replacing Transnet who featured third in 2016.

Humanities/Liberal Arts/Education was unchanged with Department of Higher Education and Training (DHET), Google and SABC featuring in both 2016 and 2017. Law only saw one change with Webber Wentzel Attorneys, Department of Justice and Constitutional development (DOJ&CD) and National Prosecuting Authority of South Africa (NPA) replacing that of LegalAid.

Similarly in the field of natural sciences, Sasol did not make the list in 2017, instead featuring the Council for Scientific and Industrial Research (CSIR), the Department of Agriculture, Forestry and Fisheries (DAFF), the Department of Science and Technology (DST).

The top picks in Health Care/Health Sciences were the Department of Health,  Medi-Clinic Southern Africa and Network Healthcare (Netcare) – which remained unchanged from that of 2016. The field of Engineering/Technology featured newcomer Google first – replacing the top pick from 2016, Transnet – followed by Sasol then Eskom.