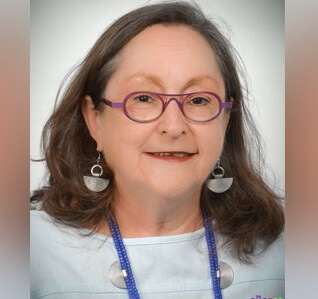 Janks, has spent nearly 40 years teaching those who have the most impact on society – teachers. Her work in the field of language, literacy and power was key in the struggle against Bantu education such that it became part of People’s Education and was subsequently incorporated into Curriculum 2005.

She laid the foundation for the establishment of the Department of Applied English Language Studies in 1992. The department, which was later absorbed into the Faculty of Education, produced around 35 South African academics, ensuring that the next generation of researchers has been secured.

Her research and teaching has contributed to South Africa’s being recognised for its contribution to literacy education. She was the first South African inducted into the Reading Hall of Fame (2014) and the third South African to become a fellow of the American Educational Research Association in recognition of Sustained Achievement in Education Research. In addition to receiving a medal of honour from the Education Association of South Africa, she recently became the first recipient of the Literacy Association of South Africa’s Significant Contribution to Literacy Award.  Her book Literacy and Power is currently being translated into Korean. She serves on the Board of Directors of the Literacy Research Association in the US, and continues to teach at universities across the world.

In this article, Janks shares her teaching journey, and what excites and troubles her about SA education.

Q: You taught for 36 years at Wits and pioneered new ways of thinking about teaching English. Tell us  about this?

A: I started out with degrees in literature but as I became more concerned with what it meant to teach English in a multilingual country to multilingual people, I turned to linguistics. It was then that I became interested in the relationship between language, literacy and power. Since 1985 my research has been focused on language and power. It began by paying attention to the way in which the apartheid state used language to ameliorate its polices (e.g. The Extension of University Education Act, which although it created new ‘universities’ in the bantustans, closed the established universities to black people; or changing the name of the bantustans to ‘homelands’ to justify repatriation). Internationally this field came to be known first as critical linguistics or critical language awareness, but subsequently as critical literacy. It was my research that introduced critical literacy to South Africa.

Q: Why is critical literacy important?

A: Critical literacy teaches students to understand that all texts are positioned and work to position their readers. It provides learners from Grade 0 to higher education with the skills to interrogate texts to see how power works through them, to understand who is included, marginalised and excluded, what or whose interests are served, who benefits and who is disadvantaged. It is concerned with helping students to understand the social effects of texts. Texts are defined broadly to include multiple genres and in in modes that rely on a range of sign systems (semiotics) to make meaning, not just words.

Australia, England, South Africa and Brazil were among the first contributors to this field that is now widely taught in teacher education courses internationally. Critical discourse analysis (one of the tools used for deconstructing texts) is being more widely used for analysing research data.

Q: How has critical literacy changed over the years?

A: The recognition since the mid-eighties that literacy is not just a cognitive skill that consists of segmented subskills like phonics, phonemic awareness, phonological awareness, and vocabulary development but that it is a social practice has shifted the understanding of the complexity of literacies around the world. Given that multilingualism, not monolingualism is the norm for most of the world, research in literacy education is focusing on ways in which to embrace children’s linguistic repertoires as resources for bi- and multi-literacies. This is in advance of curriculum policy in South Africa, which keeps languages in separate boxes.

In classrooms in many parts of the world children are now taught to read and produce texts using a range of digital technologies – reading on screen is different from reading print text; designing text can now use all the affordances of these technologies.

Q: What do you think contributes to the country’s poor performance when it comes to international literacy benchmarking tests? And how do we change this?

A: What saddens me is that in South Africa we consistently attempt to address the ‘literacy crisis’ with a focus on decoding. The PIRLS test (Progress in International Reading Literacy Study) that we do so badly in takes the ability to decode for granted. All the questions go beyond decoding, asking children to relate what is happening in the text to their own lives, to participate in comprehending the text in ways that go beyond simply retrieving facts. Children are expected to make inferences, to express opinions.

What also contributes to the poor performance is that PIRLS is a mother-tongue test written in South Africa in the language/s of the school that the child attends. For many children, this is not their mother tongue. In addition, it is written in the year that most children switch from literacy in ‘mother tongue’ (supposedly) to literacy in English or Afrikaans. For our context, the test is flawed.

That said, 78% of our children cannot read at the required grade level in South Africa – that is 8 out of every ten children. The inability to decode only partially accounts for this failure of our school system and yet we keep tackling this problem by giving them more decontextualised decoding activities, and impoverished not enriched literacy experiences.

South Africa has not invested in providing books that children will want to listen to, or read, in their own languages, nor in graded readers that can provide a scaffold for learning to read. This important work has been taken up by the NGOs: Molteno, Nal’ibali, African Storybook, and FunDza without government funding. By the end of Grade 3, children should be literate because in Grade 4 they switch from learning to read, to reading to learn. Children now have to be able to read to cope with their content subjects. Across the world this produces what is known as the ‘Grade 4 slump’ as children struggle to make this adjustment. In South Africa, Grade 4 is the year in which most children switch to English (or Afrikaans) medium of instruction. This is an enormous challenge that our children have to face.

South Africa needs education policy makers who make use of literacy specialists and/or the findings of qualitative research instead of relying only on quantitative research.

Q: What has helped you on your academic journey?

A: None of this would have been possible without the support of Heads of English and Applied Language Studies, and Mary Metcalfe when she was the head of the School of Education. Dean Elizabeth Rankin supported the establishment of Applied English Language Studies and Dean Gerrit Olivier its development. I could always rely on my amazing colleague-friends in English, Applied English Language Studies, and Education to keep my feet on the ground and to and give me the intellectual stimulation I needed. A few extremely generous international colleagues introduced me to a large network of scholars, and to my publisher. My students, particularly my postgraduate students, stretched me and taught me much of what I now know. When I was a young academic the Faculty of Humanities supported my research with funding before I could secure funding on my own. I was fortunate that Vice-Chancellor Loyiso Nongxa seconded me to the Postgraduate Project Office where I learnt a great deal about research across disciplines. Wits provided me with opportunities to grow and it continues to hold a special place in my psyche – my alma mater.

Source University of the Witwatersrand