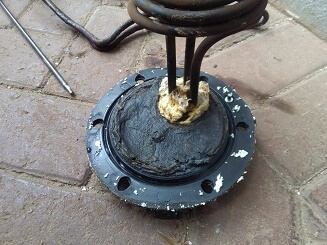 Bacteria that could cause severe pneumonia (Legionnaires’ disease) may be lurking in your water heater or geyser, a new study at Stellenbosch University (SU)...

Bacteria that could cause severe pneumonia (Legionnaires’ disease) may be lurking in your water heater or geyser, a new study at Stellenbosch University (SU) found.

“Our research highlights the connection between heating regimes (when and for how long a heater is switched on) and the increase in Legionella, specifically the pathogenic species L. pneumophila, in water heaters (called geysers in South Africa),” says Dr Wendy Stone from SU’s Water Institute. She conducted the interdisciplinary study with colleagues from the Institute for Biomedical Engineering and two departments in the Faculty of Engineering at SU.

In the study, which was published recently in the academic journal Energy for Sustainable Development, the researchers set out to determine whether horizontal electric water heaters or geysers (common in most South African households) provide an environment that is conducive to the growth of Legionella, which thrive at temperatures from 37 to 42°C.

Stone says that in South Africa there is no information about the prevalence of Legionella in domestic water heaters, which normally heat water to 65°C. However, since temperatures as low as 40°C are considered sufficient for user satisfaction, many users who struggle financially choose to operate at a lower temperature or turn off their water heaters to save money.

To determine the presence of Legionella, the researchers cut open water heaters shortly after they had failed mechanically and collected samples and biofilm (i.e. established communities of bacterial microorganisms) scrapings from inside the heaters. They also separately used microbiological techniques to assess the presence of Legionella at the point-of-use in the tap water from five active heaters, which they compared to cold water from the same source as a control.

According to Stone, the bacterial concentrations in the plumbing between the water heater and the taps were as much of a concern as those in the heater tank.

The researchers also developed a thermal model of a horizontal heater to simulate stratification of the warm water and to determine the velocity fields which influence the motion and growth of Legionella. Two flow conditions were simulated: (1) no flow into the heater, and (2) 5 L per min flow into (and out of) the heater.

“Our results show that the lower surfaces of the heater remaining at temperatures below 45°C create an ideal environment for Legionella growth,” says Stone.

“The cold tap showed noLegionella during quantification, suggesting that the heater provides the temperatures necessary to stimulate growth, either within the heater or in the distribution system directly downstream of the heater.

“The heater and its hot water distribution system could be creating ideal temperatures for the growth of the Legionella.”

Stone says the decreasing temperature in the pipes leading away from the heater will ensure the existence of a thermally optimal environment in which the bacteria can grow. She adds that these biofilms will periodically be exposed to high temperatures during usage events like taking a shower or bath or when washing hands, the face or dishes, which may lead to sterilization, if the outlet temperatures are high enough.

“The average outlet temperatures in schedule-controlled heaters are typically lower than those in heaters on thermostat control (when the geyser switches on to heat up as soon as it gets below a specific temperature) only. The short exposure times to higher temperatures during usage events may not be enough to prevent Legionella survival in the piping system.

“While the models and data from inside heaters provide information about this specific area, as well as relative Legionella presence within the heaters, the true epidemiological impact lies in the bacteria that reach household taps.”

Stone points out that for healthy individuals, the risk of Legionella infection by the low bacterial concentrations found in taps is slim to none. However, the WHO identifies pulmonary illness and weak immune systems as important risk factors in contracting Legionellosis, she adds.

Stone says because the symptoms of Legionellosis can often be confused with more common forms of pneumonia, the extent of the disease may be significantly underreported  in South Africa since few people are aware of it, and it’s likely hidden by TB and all the other medical crises associated with compromised immunity. The exact impact, especially on individuals with weak immune systems, is simply unknown.

“Given that Legionella were detected in the water heaters, we plan to do more work to establish the health impact.”

According to Stone, the mode of infection is via water droplet inhalation, for example when taking a shower or a bath or washing the face at the sink, and not through ingestion.

“This research thus informs us that we can mitigate the risk by regulating our water heaters better, and indicates no risk of contracting Legionellosis from drinking tap water.”

As to how the risk of infection can be reduced, she says water distribution system design, water heater temperature settings and switching habits play a critical role in minimizing the risk of Legionella growth.

“Building and testing models to understand and regulate the places where the bacteria grow can assist with the management of these burdens, through simple shifts in engineering and habits,” she adds.