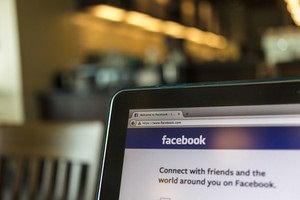 “If you won’t put something on a billboard along a busy road for everyone to see, you should definitely not put it on social...

“If you won’t put something on a billboard along a busy road for everyone to see, you should definitely not put it on social media” advises renowned social media law specialist Emma Sadleir’s regarding social media posting.

It has been reported that the posts made light of subjects such as the Holocaust and rape; one joked that abusing children was sexually arousing and another called the hanging of a Mexican child “piñata time.”

Harvard has not explained the decision to rescind the offers, stating that it does not comment publicly on the admission of individual applicants. However their school policy notes that Harvard reserves the right to withdraw its offers of acceptance if an “admitted student engages in behaviour that brings into question his or her honesty, maturity, or moral character.”

Local universities have also had to navigate the minefield that is social media. During a language policy dispute in 2016, the University of Pretoria sent a message to students on their university portal, the announcement informed students that students could be suspended, expelled or charged for liking, retweeting or getting tagged on certain posts – deemed as hate speech.

When the university came under fire for their stance, they responded stating that the warning was to remind the students of their responsibilities. EWN quoted the varsity’s Anna-Retha Bouwer as saying “The things that you do say on social media might actually come back and haunt you. And that is not only true when you are student, it’s also true when you are an adult who works for a company and we have many examples of that.”