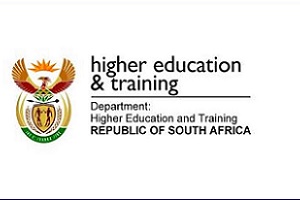 Government’s financial support for the higher education and training sector via the NSFAS student loan system has risen by more than 600% for universities...

Official spending figures from the Department of Higher Education and Training show that total outlays via NSFAS in support of students at universities and colleges from poor and lower income families grew twelvefold from R 1.755-billion in 2007 to R 22.307-billion in 2016.

The figures are contained in a response by Minister Blade Nzimande to a Parliamentary Question.

“These figures make crystal clear that post school education and training has been and continues to be an absolute focus and priority of the ANC government,” said Minister Nzimande.

“Working together with Treasury, we have put a massive effort into ensuring that all those from disadvantaged backgrounds who have the ability can in fact get to university and college, and even greater effort into ensuring that those who either don’t qualify for or choose not to go to university or college can gain the training and skills they need to become full participants in the economy.”

The rise in spending showed that government had fulfilled one of the key promises of ANC policy and had opened the doors of learning to all.

Post-school education and training (PSET) continued to be a massive empowerment tool, ensuring that individuals, families, and communities could benefit from the better prospects provided through skills and qualifications.