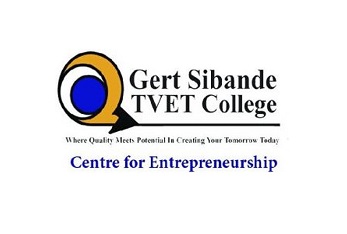 Gert Sibande TVET College recently accompanied the deputy minister of Higher Education and Training, Honourable Mduduzi Manana, in a roll-out promotion of the Decade of the Artisan advocacy campaign.

Balkrishen emphasised the need for employers to avail their workplaces as training spaces for artisan learners. He also appealed for their assistance in ensuring that lecturers are exposed to the latest technologies. Doing so will ensure that the training provided by the college is relevant and responsive to their needs as employers.

Discussions on how to enhance the training provided by the college, as well as improving the professional attitude and work-readiness of students, proved to be very fruitful. On the second day, more than 1200 learners from local high schools attended the promotion of the decade of the artisan at the Gert Sibande TVET College Skills Academy in Standerton, Mpumalanga province.

They were addressed by various speakers including the deputy minister, under the promotion theme ‘it’s cool to be a 21st century artisan’. The purpose of the day was to provide information about the TVET college sector and the importance of artisans to South Africa.

According to Manana, as a country we are currently producing about 16 000 artisans per year while the National Development Plan has a target of 30 000 artisans per year by the year 2030. “It is no longer fashionable to have a matric certificate or a university degree that does not lead to employment,” said Manana. In countries like Germany, artisans are the economic drivers of the country. He further stated that in Germany, which is regarded as a leader in engineering, there are more college students than university students.

Manana indicated that the perception that colleges are for ‘school drop-outs’ is out-dated and must change. We are relying on you to consider enrolling at a TVET College to sustain the country’s economy,” said the deputy minister. Gert Sibande TVET College prides itself on producing quality students.

Pretty Nkosi, a college graduate employed at ESKOM was invited to address the learners. In her address, she thanked government for providing free access to TVET Colleges, for students from poor homes through the DHET bursary scheme administered by NFSAS. “Without the support from Gert Sibande TVET College I would not have been here today. The College helped me to be become someone I never thought I would be”, said Pretty. Speaking about her successes she said, “Nothing is impossible when you put in a little effort. It takes hard work, dedication, self-control and self-discipline.”

The learners also got the opportunity to visit the exhibition stands of 18 companies where various artisan trades were on promotion. These exhibitions varied from motor mechanics, to electricians, to electronics, to hairdressers.

The exhibitors demonstrated to learners what they do in their specific worlds of work. The purpose of the exhibitions was to create an interest among learners so that they may consider artisanship careers. The exhibitors had ‘try-a-skill’ promotions where learners were given an opportunity to participate in various practical tasks.

The second phase of the launch was directed at Life Orientation (LO) educators from local schools. More than 120 LO educators were trained on the offerings provided by TVET colleges. The empowered LO educators are now in a position to share their knowledge with learners when they return to school. The event was a success and local school principals were also excited to have taken part. “It has been very informative for our learners as well as our educators.

Educators will now be able to provide learners with effective career guidance by referring the learners to a TVET College,” said Sibongile Nhlapho, principal of Jandrell Secondary School. She expressed her gratitude to Gert Sibande TVET College on behalf of all the schools present for the support that the college provides to the community and schools.

School learners were given breakfast and lunch packs as well as t-shirts and bags. Learners were excited to participate in the career exhibition as they learnt a lot about career prospects they may consider in future. Ntombi Khumalo, a learner from Khula-Sakhile Secondary School said that, “the event was helpful as I got the opportunity to realise that artisanship can be a good career choice. It’s cool to be a 21st century artisan,” she said with a smile.