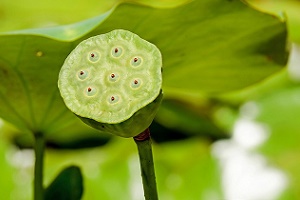 FABI research opens up a world of science for learners

The Forestry and Agricultural Biodiversity Institute (FABI) at the University of Pretoria recently took science to the community of Philippi. FABI doctoral student Joey Hulbert has...

The Forestry and Agricultural Biodiversity Institute (FABI) at the University of Pretoria recently took science to the community of Philippi.

FABI doctoral student Joey Hulbert has initiated the Cape Citizen Science project, the aim of which is to get the public engaged in research about the population genetics of Phytophthora cinnamomi and the phylogenetics of the Phytophthora genus in the fynbos biome of South Africa. The data and research from this project feeds into Hulbert’s PhD research.

Nearly 30 Grade 8 learners from two schools in Phillipi, Cape Town, are involved in the South African Education and Environment Project (SAEP). The activities were conducted at Cape Point, where learners were presented with concepts such as such as the importance of biodiversity and microbes as the cause of disease. They then went out into the field to hunt down pathogens affecting fynbos and coastal vegetation types while they hiked along the False Bay coastline. After collecting a few samples of dying plants, the learners turned the Cape Point classroom into a laboratory as they prepared primary isolations to culture the pathogens.

The learners enjoyed a braai after a full day of scientific work. Thanks to the support of two outreach grants, these Grade 8 scholars were able to visit Cape Point and participate in the scientific process for the first time. The cost of the activities was covered by the Mathre Education Endowment grant from the American Phytopathological Society and the Pathology Promotion Fund from the British Society of Plant Pathology

The project was sponsored by FABI and the DST-NRF Centre for Excellence in Tree Health Biotechnology (CTHB).