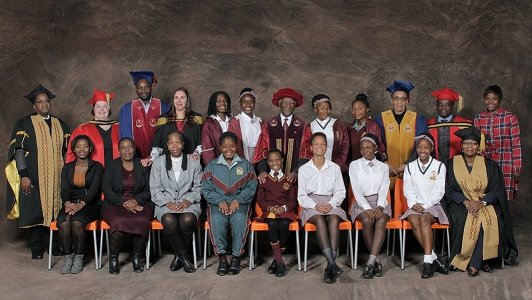 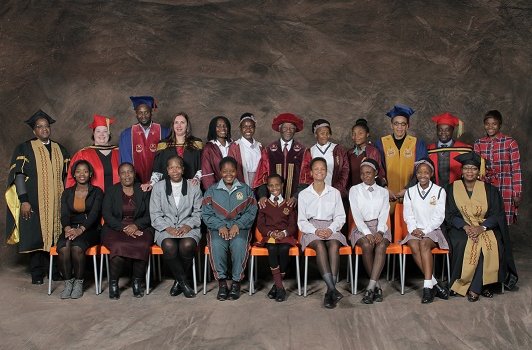 Archives2264 CSET5 LRS Publication1 SET1
The College of Science, Engineering and Technology (CSET) at the University of South Africa (UNISA) under the leadership of Professor Bhekie Mamba engages with many...

The College of Science, Engineering and Technology (CSET) at the University of South Africa (UNISA) under the leadership of Professor Bhekie Mamba engages with many communities as part of its community engagement initiatives to promote science, engineering and technology (SET) as a possible career choice for learners.

The College does this in a variety of ways ranging from community initiatives to activities promoting engaged scholarship. The Learner Research Summit (LRS), now in its sixth year, is one such endeavours. The summit not only aims to promote SET as a possible career choice to learners, but also focuses largely on nurturing learners’ research skills. Each year learners are given a research theme to work on in collaboration with CSET academics who guide them through the research process. This is done in partnership with educators from the various schools. This initiative targets learners from Grades 8 to 11. Learners in collaboration with their educators highlight their innovative research projects/findings during the annual Learner Research Summit. During the LRS, learners display their findings through an oral presentation, and subsequently prepare a research paper, which the College publishes in a Proceedings Publication (LRS Publication).

The theme for 2017 was “Application of Science, Engineering and Technology in an African context”. The learners researched a variety of very pertinent topics relevant to the African continent, such as renewable and sustainable energy, recycling of waste for the benefit of the environment and the community, food and water safety, overpopulation, curbing water wastage, and technologies used in curbing crime. They also made the audience aware of technologies used by criminals in their communities. The theme for 2018 is “International year of a clean and healthy planet”. The LRS not only instils research skills in learners, but also empowers them to critique each other’s work as was demonstrated by the engaging discussions, which followed every presentation.

The LRS project, since its inception in 2013 by the then Executive Dean, Professor Moche, has equipped many high school learners from many communities to become active researchers and prepared them for research in higher institutions. Their involvement in the LRS activities inspires learners and instils in them an interest in science, engineering and technology subjects as useful tools for solving everyday problems and as possible future career directions. In addition, learners come to understand that anyone can make a difference in their own communities, and that research is not the prerogative of institutions of higher learning. Furthermore, learners become critical, analytical and independent thinkers who can solve problems in their communities, thus promoting the concept of “transformative teaching and learning’.

One example of a success story of learners benefitting from their involvement in the LRS is that of Moses Mhlwana and Njabulo Sibiya from Bokgoni Technical Secondary School. These learners who have been participating in the LRS since 2014 and are now in their matric year, were recognised nationally when they came first out of 500 entries in the Hack4Water Contest run by the Department of Water and Sanitation in partnership with Open Government Partnership, for their invention called the “Smart Tank”. This high-tech system consisting of a water tank and a touchpad was designed by these learners to curb water wastage in South Africa. The matric learners were congratulated by President Zuma and Nomvula Mokonyane, Minister of Water and Sanitation at the time, at an awards evening at which the learners were recognised for their brilliant invention. The success of this invention has been published in various local magazines and newspapers. The learners spent hundreds of hours perfecting their design and learning to code. They have applied to various universities, as they would like to pursue careers in IT/Computer Science and Mechanical Engineering.

According to the chairperson, Professor Alfred Coleman, LRS wishes to continue inculcating science research practices and methodologies in secondary school learners to solve pertinent problems relevant to the African context. “To achieve this target, we intend to involve many more secondary schools in Gauteng Province, starting with at least ten additional schools in 2018,” he said.

On behalf of the LRS organising committee, we wish to express our gratitude and appreciation to the CSET staff members, as well as the educators from various participating schools, for availing themselves and their precious time every year in September to support learners from different high schools, and for their dedication throughout the year in mentoring learners.

The project has been enjoying sponsorships from the following organisations: Wimpy, Telkom, Qin-Soft and many other private sponsors. This sponsorship supports the idea of third income generation as encouraged by UNISA. It further strengthens the partnership between communities, industry and the University of South Africa

The College wishes to extend an invitation to all those wishing to partner with this initiative to contact Professor Alfred Coleman from Unisa who is the chairperson of the project (Colema@unisa.ac.za).

Caption: The students below are members of Leaner Research Summit project in the College of Science, Engineering and Technology , They attended one of Unisa graduations in in Pretoria to see how research in higher education can lead them to postgraduate learning. This opportunity encouraged them to aim for higher positions in life after  interacting  with professors and great politician ( the former state president Thabo Mbeki). The visible excited learners promised to work hard in science subjects at high school level in other to become researchers and critical thinkers in Science . The project would not have been successful without the hard work of Professor Moche, Professor Mamba, and the Former SA President , Dr Thabo Mbeki