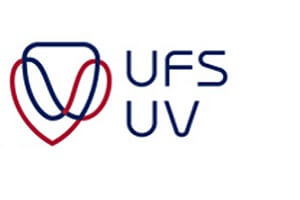 The Council of the University of the Free State (UFS) approved the appointment of Dr Molapo Qhobela as Vice-Rector: Institutional Change, Strategic Partnerships and...

The Council of the University of the Free State (UFS) approved the appointment of Dr Molapo Qhobela as Vice-Rector: Institutional Change, Strategic Partnerships and Societal Impact for a five-year term. Dr Qhobela will assume duty on 1 August 2021.

Dr Qhobela holds a PhD in Plant Pathology from the Kansas State University in the United States of America. His career started at Rhodes University in 1991, where he was a lecturer in microbiology and pharmacy, after which he joined the University of Cape Town before joining the public service sector. His leadership and strategic direction have been sought by several large and complex organisations in the course of his career. From 1998 to 2007, he was Chief Director: Higher Education Policy and Development Support in the Department of Education, from 2007 to 2009 he was Deputy Director General: Higher Education in the same department, and from 2010 to 2011 he was Deputy Director General: Human Capital and Knowledge Systems in the Department of Science and Technology. Dr Qhobela was appointed Vice-Principal: Institutional Development at the University of South Africa (UNISA) in 2011 and held the position until 2015. He was the Chief Executive Officer of the National Research Foundation (NRF) from 2016 to 2020.

Dr Qhobela has strong governance credentials, having served and led governing boards, among others as the former chairperson of the boards of the Agricultural Research Council, the Global Research Council, and the Committee of Heads of Organisations of Research and Technology (COHORT). He is currently the chairperson of the Tertiary Education and Research Network of South Africa (TENET).

“Dr Qhobela brings a wealth of expertise, extensive networks, and partnerships – locally and internationally – to the UFS. His vast experience in previous roles places him in good standing to elevate institutional change, strategic partnerships, and societal impact at the university. His knowledge and understanding of the South African, African, and global higher education and research systems are extensive. I am confident that he will lead and manage the portfolio with clarity, dexterity, diplomacy, and integrity, and look forward to working with him to build and extend this important focus of the UFS,” says Prof Francis Petersen, UFS Rector and Vice-Chancellor.

“I have devoted the majority of my professional career to the development of the country’s university and science system, during which time I have also worked with the previous and current leadership of the UFS. I can thus relate to the values and vision of the university as an engaged university that contributes to development and social justice through the production of globally competitive graduates and knowledge, and look forward to joining the instituion,” says Dr Qhobela.