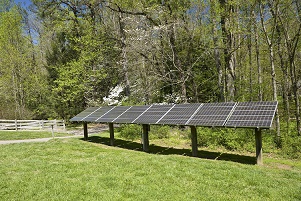 When it comes to nuclear energy, knowledge is power

Mention nuclear power and the response probably won’t be favourable. More than likely, you’ll hear mutterings about corrupt government deals and fears about the... 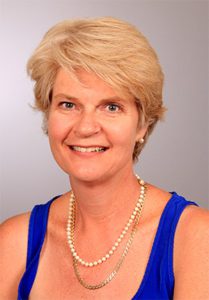 Mention nuclear power and the response probably won’t be favourable. More than likely, you’ll hear mutterings about corrupt government deals and fears about the hazards of exposure to radiation.

So what is the real deal with nuclear power?

Prof Jeanne Kriek of Unisa’s Institute for Science and Technology (ISTE) says renewable energy will not provide sufficiently for South Africa’s needs and therefore nuclear energy could be supported.

“You have to have a good campaign to debate the pros and cons of nuclear energy and influence people with facts rather than unsubstantiated assumptions,” says Kriek, a National Research Foundation C2-rated researcher in Physical Sciences/Physics with a master’s degree in nuclear physics.

She is quick to dispel some of the myths around nuclear energy.

Radioactive bananas
Kriek has a special interest in teaching and her training of physics teachers resulted in a doctoral study in physics educational research, so it comes as no surprise that she can explain nuclear safety using a banana—which is naturally radioactive.

Bananas contain relatively high amounts of potassium, specifically Potassium-40, which is a radioactive isotope of potassium.

Before swearing never to eat a banana again, consider this. To cause illness in a person, it takes about 100 rems. (Roentgen Equivalent Man: 1 rem = the quantity of ionizing radiation whose biological effect is equal to that produced by one roentgen of x-rays; basically, a measurement of how much radiation a person is exposed to.)

“So eating one banana a day for a year only exposes you to 3.6 millirems; you’d need to eat about 10 million bananas in order to reach that amount in a year,” she explains.

Reprocessing used fuel
A key characteristic of nuclear energy is that fuel can be reprocessed to recover fissile and fertile materials to provide fresh fuel for existing and future nuclear plants.

While several European countries, Russia, China and Japan have policies to reprocess used nuclear fuel, government policies in many other countries do not yet view used fuel as a resource, Kriek says. With the rapid rate at which technology is advancing, though, that could change.

“New fourth-generation fast neutron reactors are being built now and will be in operation in the late 2020s,” she adds. “Not only used fuel from today’s reactors but also the large stockpiles of depleted uranium from enrichment plants, become a fuel source. Uranium mining will become much less significant.”

“Living within 16 km of a typical nuclear power plant will expose you on a daily basis to just a bit more radiation than you’d get from eating a banana a day,” says Kriek.

Coal-fired power generation has chronic implications for public health, and hundreds of coal miners die or are injured each year. The huge amounts of coal that have to be mined and transported involve more hazards.

Hydro power has had very few incidents but when they occur they are devastating, says Kriek. In 1975 when the Banqiao, Shimantan and other dams collapsed in Henan, China, at least 30 000 people were killed immediately and 230 000 overall.

Kriek says in the United Kingdom the Friends of the Earth commissioned a study by the Tyndall Centre which drew on peer-reviewed academic literature supplemented by credible government, consultancy and policy sources. It concluded in January 2013 that the overall safety risks associated with nuclear power appear more in line with lifecycle impacts from renewable energy, and are significantly lower than coal and natural gas per MWh of energy.

In February 2015 diplomats from 72 counties adopted the Vienna Declaration of Nuclear Safety setting guiding principles to prevent accidents with radiological consequences and to mitigate them should they occur.

Environmental impact
As for the environment, Kriek says all types of renewable energy take up vast areas of land. Solar power plants require a large number of panels or collectors spread over a large area to capture as much sunlight as possible, while biofuels require dedicated fuel crops on land that could be used for food crops. Wind farms also require large amounts of space.

Nuclear power takes up less land in comparison to the amount of power generated, thereby reducing the amount of habitat destruction associated with plant construction. (Click here to view a table comparing the land use of various different energy sources.) Unlike some renewable energy types, nuclear energy is also not dependent on weather conditions.

Kriek says nuclear power is emission free so there are no atmospheric pollutants and greenhouse gases. While the mining and transport of nuclear fuel does cause emissions, the high energy density of nuclear fuel minimises this impact.

“When biofuels and biomass are burned, by contrast, atmospheric pollutants like sulphur oxides and nitrogen oxides may be emitted, depending on the combustion system, and these fuels generate greenhouse gases during production and use.”

According to a Syracuse University study, a 1 gigawatt coal-fired power plant required 9 000 tons of fuel per day; an equivalent nuclear plant consumes about 3 kg of uranium in the same amount of time. Coal-fired plants also generate ash and solid waste that contains mercury, arsenic and other hazardous materials.

What about those nuclear accidents?

But it’s the nuclear accidents, especially with heightened international media coverage, that are forever etched in people’s minds.

Kriek takes a pragmatic approach: “There have been three major reactor accidents in the 50-year history of civil nuclear power—Three Mile Island, Chernobyl and Fukushima. There are 33 countries using nuclear power.”

One of them is South Africa, which has the Koeberg Nuclear Power Plant in Cape Town, the only plant of its kind on the continent.

Construction started in 1976 and by 1985 both its units were synchronised to the grid. The plant is vital for power supply to Cape Town and the Western Cape, producing 13 668 GWh annually.

The low and intermediate level waste from Koeberg is transported by road in steel and concrete containers to a remote disposal site 600km away in the Kalahari Desert. High-level waste, the spent fuel, is stored on site in special pools equipped with high-density racking, according to Eskom.

According to an article published on the website “infastructurene.ws” earlier this year, Koeberg is well equipped to handle its nuclear waste.

Currently politics is clouding the public debate on nuclear power, but Kriek is focused on the merits of nuclear power. “I think there needs to be transparency on tenders and a focus on getting the best person to do the job!”