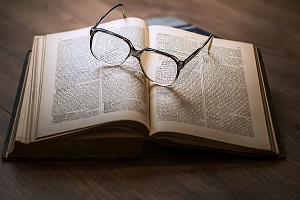 The Walter Sisulu University (WSU) Directorate of Research Development (DRD), aims to create an enabling environment for staff and students to be empowered through...

The Walter Sisulu University (WSU) Directorate of Research Development (DRD), aims to create an enabling environment for staff and students to be empowered through research knowledge and skills.

According to WSU acting research director, Dr Nomabandla Cishe, the University  has a vision to focus on research and community partnership programmes that are responsive to local, regional and national development priorities and conscious of continental and international imperatives.

“WSU research fits into national imperatives, even though a formal evaluation has not been done yet but by simply going through the submitted papers by researchers you will find that research conducting is covering the national issues, especially the social issues that are happening in our country, she said”

WSU in the pursuit of its vision as a developmental university, Deputy Vice-Chancellor Prof. Sechaba Mahlomaholo also agreed that the research conducted must be related to the problems and challenges that the people experience in their everyday lives.

“We are located in a context which experiences a lot of poverty and exclusion, where there are no privileges so our research should be geared towards changing that context, to inspire hope amongst the people and come up with solutions with a performing concern,”  said  Mahlomaholo.

DRD mostly focuses on staff and student support to improve their qualifications so that the institution reaches the national target.

“We are giving so much support to our scholars so that we reach the national target by 2030, which requires that 75% of academics at higher education institutions should be having PhDs,” Dr Cishe added.

At WSU the nature of research produced by the institution cuts across all disciplines with Health Sciences in the lead then followed by departments such as Arts, Commerce and Hospitality.

WSU has a low rating in research output  as a result of a merger between the former traditional University of Transkei and the former Border and Eastern Cape Technikons.

As a consequence, a majority of researchers from former traditional university have left the institution after the merger.

Dr Cishe said that students from the former Technikons are now improving their qualifications, getting their Masters, getting their PhDs and are publishing but the challenge of staff flight remains.

“We support the researchers to obtain their Masters and PhDs but they still leave the institution, she said”

The director of DRD and the Deputy Vice-Chancellor are now working hard to raise the standard of research in the university by visiting all the campuses advising research officers to set up research teams that will assist lecturers and students in their research projects. Each campus has its team such as the Super 16 from Butterworth Campus.

According to the Department of Higher Education and Training, the main reason for scholars to publish is financial gain which that affects the ratings of universities. However Dr Cishe suggests that researchers should publish for their own exposure and to increase chances of promotion.