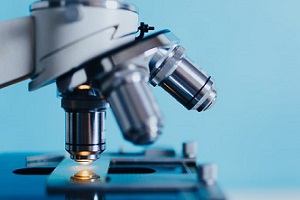 Should we be worried about hepatitis E?

Hepatitis E gets little press compared to its better-known cousins A, B and C, but Stellenbosch University (SU) virologists say we should wake up...

Hepatitis E gets little press compared to its better-known cousins A, B and C, but Stellenbosch University (SU) virologists say we should wake up to how the transmission of this virus is changing. World Hepatitis Day is marked on 28 July.

Infection with the hepatitis E virus (HEV) is the most common cause of acute viral hepatitis worldwide. The infection usually resolves within weeks, but sometimes it causes acute liver failure, which may be fatal. It is mostly spread through the faecal-oral route, and until recently was viewed as an infection primarily affecting people in undeveloped areas who lack access to clean water and good sanitation.

That picture is starting to change, however. Scientists have begun noticing a shift from hepatitis E as only a disease of the poor, to one that can also affect affluent people in developed world settings. The transmission mechanism appears to be changing: HEV is re-emerging as a zoonotic virus. In developed countries, doctors used to see HEV in travelers returning from endemic areas. Now, however, people are acquiring the infection from pigs and pork products (via ingesting the meat or faecal contamination) in countries like the United Kingdom and France.

Dr Tongai Maponga, a postdoctoral fellow in the Division of Medical Virology at SU’s Faculty of Medicine and Health Sciences, has a particular interest in viral hepatitis. He belongs to a group of SU researchers that described the first case of chronic HEV infection in an HIV infected patient in South Africa.

According to Maponga, HEV infection has the potential to become a chronic infection, especially in immunosuppressed patients. This is a risk in South Africa, where there are many HIV infected patients.

“We described the first HIV patient with chronic HEV infection in 2012. After starting antiretroviral therapy, he had elevated liver enzymes (which indicates liver disease). More obvious potential causes for this were considered and it was only after about a year that we thought to test for HEV.

“Also interesting was the HEV genotype (genetic variant) that was present. Hepatitis E as a disease of the poor is normally associated with genotypes 1 and 2, but this patient was infected with genotype 3. This is also the genotype that circulates in pigs, thus indicating zoonotic transmission.

“We’ve subsequently seen about four more cases of HEV infection. This may seem like a small number, but it could mean the problem is becoming more prevalent in the larger community.”

Transplant patients are also at risk of chronic infection, as they receive immunosuppressive treatment to minimise graft rejection. In 2015 the SU researchers described the first case of HEV infection with genotype 3 in a kidney transplant patient, some months after transplantation.

According to Maponga patients are screened for the obvious hepatitis viruses like B and C before transplant operations. “However, people tend not to consider HEV, so it can go undiagnosed and unsuspected. There are now several other cases described in the literature. In one study in Asia, a liver transplant patient with continuously elevated liver enzymes was found to have picked up HEV from a camel.”

Another study published early in 2017 investigated HEV infection among blood donors in the Western Cape. “We found antibodies that showed some donors had been exposed to HEV, but thankfully we didn’t see the actual viral nucleic acids or the antigen that would indicate they are infected.”

This study showed a difference in the seroprevalence between the hepatitis A virus and HEV. Hepatitis A is spread through the faecal-oral route and if HEV is spread predominantly through the same mechanism, their prevalences would be expected to mirror each other. However, this was not the case – the prevalence of HEV was lower. Also, the HEV seroprevalence differed according to race groups: it was the highest in mixed race donors and lowest in black donors. This may indicate that groups with higher socio-economic status and meat consumption levels have a higher HEV prevalence.

Collaborative work with the University of Cape Town, which involved testing 16 commercial pig herds that supply pork to Cape Town, found evidence that animals on all these farms had been exposed to or infected with HEV.

“If some of our pigs have HEV, there’s the risk that pork consumers might get infected. We’re not saying people shouldn’t eat pork, but farmers must look after the pigs and ensure these viruses don’t end up in the food supply. They must also prevent environmental contamination: you don’t want sewage runoff from piggeries entering water sources. This would be a worry in poorer areas, where people might get drinking water from rivers.”

Complicating the picture further is the fact that HEV is not limited to pigs as hosts. Meat from wild boar and other game may also be tainted with the virus, as may seafood items. However, the range of possible hosts has not been fully described and identifying these is an important area of ongoing HEV research, Maponga explains.