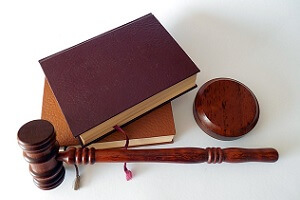 Congratulatory messages have been pouring in from academics and peers for University of Limpopo Master of Law student Advocate Motlalepula Rakubu on winning the...

Rakubu who is studying towards a Master of Laws degree at the University of Limpopo (UL), was named the winner after her essay outshone fellow law students from various universities across the country.

Her winning essay, “Virginity testing in South Africa: The human rights perspective”, highlighted discrepancies between the practice of virginity testing and some clauses in the Children’s Act 38 of 2005.

She notes that taking virginity tests is an infringement of human rights of the participants, and this is supported by international, national research and human rights institutes that are calling for an end to the practice, saying it is an act against the human rights.

Rakubu, who is also a law lecturer at the university, will receive R20 000 cash prize and bookshop vouchers to the value of R2 500 each, for her, UL School of Law and her supervisor. The award ceremony will take place in February this year in Centurion, Gauteng Province.

Her research niche seeks to redefine the role and rights of girl children and gender equality, raising awareness of the dangers of virginity testing. She also highlights the widespread nature of the practice in selected African countries and their failure to respect and abide by the international human rights and constitutional standards.

She says her research also contributes to the country’s concerted efforts of eradicating patriarchal practices in the form of oppressive acts and discriminatory perceptions against girl children and women.

“I am excited to win such a splendid prize; it is the result of dedication. My supervisor, Prof Annete van der Merwe has helped me a lot and this victory motivates me to work towards a Doctor of Laws (LLD) qualification,” she happily says.

Rakubu is not new to kudos being bestowed on her. In 2016, she was awarded Best Research Paper title in the Faculty of Management and Law Research Day, at the university. She has presented her work at international conferences, including the Czech Republic in 2017, and published an article in an accredited Global Media Journal.

In her congratulatory message, Prof Annete van der Merwe says Rakubu is a disciplined and courageous hard worker. “Her achievement contributes to the name and reputation of the university as well as the School of Law,” she adds.

Echoing messages of goodwill, Advocate Mashele Rapatsa, Acting Director of School of Law at UL, describes Rakubu’s achievements as a gesture that epitomises academic excellence in the school. Rapatsa says the school is continuously engaged in a process of empowering emerging researchers.

For more University of Limpopo news