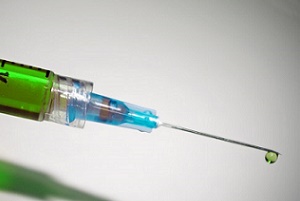 Members of the Portfolio Committee on Higher Education and Training have expressed their appreciation for the amount of vaccines research and discoveries at Sefako...

Members of the Portfolio Committee on Higher Education and Training have expressed their appreciation for the amount of vaccines research and discoveries at Sefako Makgatho Health Sciences University.

“This is the kind of work that South Africans should be aware of about their own universities. The medical discoveries and the vaccines research at the Sefako Makgatho Health Sciences University is something that the committee appreciates and welcomes with warm hearts,” Acting Chairperson of the committee, Danny Kekana said.

Kekana led the committee on Wednesday to inspect the university’s governance, programmes and infrastructure challenges, where he called for more funding for medical research projects that the university is currently undertaking.

He said the university could play a meaningful role in reducing the cost of procuring foreign manufactured vaccines in such fields as cancer research, TB and HIV.

“The potential is there for this university to improve on the service it has been providing to the country, both by way of medical research and output of doctors who are familiar with the South African environment and challenges,” he said.

During a visit, it was noted that government availed about R1.2 billion for infrastructure development at the university for the next five years.

The committee also heard that the university was at the forefront of the discoveries of Rota virus vaccine (for prevention of diarrhoea in children and has reduced deaths among children all over South Africa and Africa), the Hepatitis C vaccine which now forms part of the Expanded Programme on Immunisation in South Africa, as well as minimal invasive surgery using laparoscopy equipment in which the university and Dr George Mukhari Academic Hospital are the front runners of this in the country.

Furthermore, a number of exchange programmes have been entered into with universities in Africa, Europe and Japan.

“The committee is proud of what this university, in its short existence and having faced challenges since the merger and de-merger with the University of Limpopo, has been able to achieve. The innovative nature of this university is encouraging,” Kekana said.