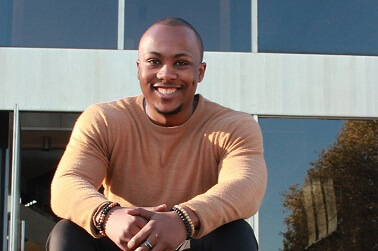 Archives2264
Aspiring lawyer and political prodigy, Nkahiseng Ralepeli, will soon join a cohort of Rhodes Scholarship recipients at the University of Oxford in the UK later this year. He completed...

Aspiring lawyer and political prodigy, Nkahiseng Ralepeli, will soon join a cohort of Rhodes Scholarship recipients at the University of Oxford in the UK later this year. He completed his LLB at the University of the Free State (UFS) in 2018, and it comes as no surprise that this young achiever has his eyes set on greater heights.

As a student, Nkahiseng was always a cut above the rest, with his involvement in non-governmental organisations such as Corruption Watch and Debate Afrika, where he used debating to not only educate youth in South Africa but to engage various social ills that plague the country in whichever way he could. He represented the UFS at various debating tournaments such as the Pan-African Universities Debating Championships and the World Universities Debating Championships.

“This is something I’ve wanted for an incredibly long time. Receiving this scholarship is so important, and makes me feel that all my efforts and work have been validated. What I’ve learned is that regardless of the situation you’re born into, rich or poor, hard work is rewarded. I hope this experience will help me realise my dreams and career goals, but most importantly I want to have a significant impact in whatever space I find myself in and on the people I encounter,” said Nkahiseng.

As an Abe Bailey Bursary recipient, he is deeply interested in the transformation of African political theory and the establishment of various structures in the development and maintenance of African ‘infant’ democracies and post-civil wars. He later hopes to pursue a career in South African politics. His list of achievements keeps getting longer as he adds to it the Rhodes Scholarship. The UFS is truly proud

For more University of the Free State news

Workplace Trends: Welcoming the iGeneration into the workplace