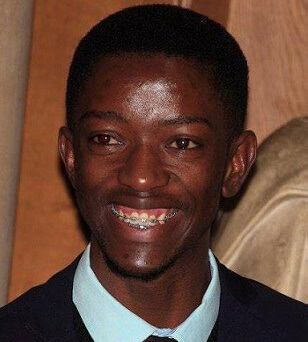 Archives2263
It is a dream to study abroad for many South Africans. This dream has become a reality for Sizwe Mkhwanazi (24), Gert Sibande TVET...

It is a dream to study abroad for many South Africans. This dream has become a reality for Sizwe Mkhwanazi (24), Gert Sibande TVET College alumnus.

Sizwe received the news earlier this year that he had been accepted to study towards a doctorate in education at Oxford University in the United Kingdom.

Sizwe was raised by his 72-year-old grandmother, Poppy Mkwanazi, in the rural area of Platrand, just outside Standerton in Mpumalanga Province. Like any other child raised in a rural area, he herded cows, fetched water from the river and sometimes cooked for his family. He was known for his excellent grades at school. His clarity of mind featured the great plans he has for his life. He enrolled at Gert Sibande TVET College Standerton Campus in 2007 for the National Certificate (Vocational) (NC(V)) in Office Administration.

He had just completed Grade 9 at Qondulwazi Secondary School. Sizwe was a top achiever from his first year at college. In an interview, after he had received a laptop for being a top achiever, he said, “One day I am going to build a mall in Platrand.” At the time, we were surprised that such a young man could have such ambitious dreams.

‘’I wish more parents would encourage their children in Grade 9 to continue their studies at a TVET College. This is the way to improve one’s employment prospects and to acquire and develop skills. Schools, often deficient in resources, produce many youth who do not qualify for university admission”, added a concerned Sizwe.

Sizwe has maintained high levels of personal discipline throughout the years. In his final year at the College (2010), he applied for admission to the University of Johannesburg for a diploma programme, which he completed in 2013. Joining the University of Johannesburg was not easy. The University told him that they did not recognise his TVET College NC(V) qualification. Gert Sibande TVET College had to intervene. This was disappointing for him, but he saw it as a minor setback instead of an obstacle.

He was conferred the degree with distinction in 2017. During 2015 he simultaneously studied for a postgraduate Diploma in Management with the North West University, by correspondence. This he completed in 2016. In addition, while studying, he lectured Business Management at the University of Johannesburg from 2015 to 2017. After being awarded another scholarship, he discontinued the lecturing in September last year in order to pursue a Master of Science degree in Business Management Entrepreneurship at Oxford Brooks University. This he completes this month, September 2018. He begins his PhD studies at Oxford University next month.

Sizwe comments, “Being accepted by Oxford University is a step towards building my profile as a fully-fledged academic. My hope is that when I finish, I will have adequately published and supervised enough master’s students so that I can apply for a professorship in the field of entrepreneurship education.”

By Thokozani Ndhlovu and Sinethemba Mthethwa

Sourced from The TVET College Times