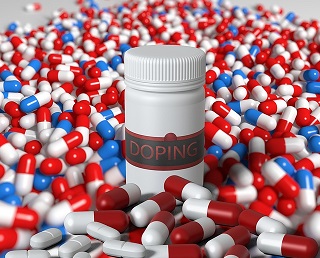 The World Anti-Doping Agency (WADA) announced the immediate and full restoration of the South African Doping Control Laboratory’s (SADoCoL) accreditation as of 21 September 2018.

The laboratory was suspended on 2 May 2016 and its accreditation was revoked on 31 July 2017. During this time, SADoCoL has retained its accreditation to perform blood analysis for Athlete Biological Passport, but all urine analyses were performed by laboratories in Europe and elsewhere, which implied extra cost and inconvenience.

“The reinstatement of the accreditation is a culmination of careful planning and hard work. I wish to congratulate Dr Thinus van der Merwe and his team at SADoCoL on this achievement. SADoCoL can now once again take its rightful place among its peers in the international arena,” says Prof Francis Petersen, Rector and Vice-Chancellor of the University of the Free State (UFS).

Since its revocation, WADA has allowed the laboratory to prove its renewed analytical ability. Following the final accreditation test in March 2018, the WADA Laboratory Expert Group recommended that the Executive Committee of WADA reinstate SADoCoL’s accreditation, which led to the announcement of the laboratory’s full reaccreditation.

“SADoCoL wishes to express its appreciation to the local anti-doping role players, the executive management of the UFS, and the laboratories of the World Association of Anti-Doping Scientists for their support during this period of growth,” says Dr van der Merwe.