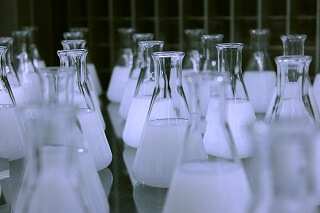 What is needed for young scientists in Africa to become research leaders?

Archives2263
A new book that was launched at Stellenbosch University last week, The Next Generation of Scientists in Africa, reveals the career aspirations and research...

A new book that was launched at Stellenbosch University last week, The Next Generation of Scientists in Africa, reveals the career aspirations and research performance of scientists younger than 40 years across the African continent. The book highlights the barriers that are limiting their career progression and make recommendations to nurture research talent and deliver future science leaders.

Between April 2015 and October 2018, a team of researchers at CREST performed a comprehensive three-pronged study which consisted of: (1) a comprehensive bibliometric analyses of research records from more than 50 African countries, (2) a large-scale online survey with 5 700 respondents, and (3) 259 qualitative interviews. Funding for this 3.5-year study came from the IDRC (Canada) and the Robert Bosch Foundation (Germany). The book was edited by Catherine Beaudry, Johann Mouton and Heidi Prozesky, and published by African Minds.

“We recognise that young scientists are at the heart of innovation and knowledge creation and therefore a powerful resource for change and development in Africa,” explains CREST director Prof Johann Mouton. “Understanding and solving the career challenges that they face will enhance the future success of science systems across the continent.”

He adds, however, that we have to view the careers of these young scientists against the background of the state of science in Africa. Therefore the book also reflects on the continent’s research systems and infrastructure, including the legacy of colonialism and the impact of political instability, while considering new narratives about Africa’s rising.

Some of the hurdles that young academics in Africa experience in terms of career progression relate to their relative inexperience when it comes funding applications, uncertainties about getting their research published and work demands that keep them away from their own research. The book details several recommendations, such as a pro-active focus on positive career mentoring, more training in academic writing and networking, new funding models and more opportunities for international mobility.

“It is important to keep in mind that many of Africa’s young scientists are first-generation academics,” Prof  Heidi Prozesky, a member of the research team, points out. “For them, many of the expectations and roles associated with their positions are not clear.” That could explain why we have identified a widespread demand for training and supportive mentoring amongst the early-career scientists who participated in the study, she adds. In particular, young scientists in Africa need more of the so-called soft skills, such as effective writing and networking, she adds.

Time management is a huge issue for these scientists. Frequently overburdened with teaching, supervision and administration, it is extremely difficult for them to find time to focus on their own research. Professor Prozesky feels that senior academics and research managers must be more approachable, less domineering, and more trusting of their younger colleagues’ research aspirations. More efficient administration systems in universities will help to lessen the load on early-career academics.

In a research arena where competition for funding is increasingly fierce, young scientists battle to succeed when it comes to applying for research funding. “They often do not meet funders’ formal requirements and lack the tacit skills needed to succeed at grant writing”, Prozesky explains. “As a result, they spend considerable chunks of time on writing proposals that turn out to be unsuccessful, which is very discouraging and further eats away at time they could have spent on research.” The book recommends new funding models and calls for more training in proposals writing, as well as more constructive feedback on unsuccessful proposals. “If we can get this right, funding applications that are unsuccessful at first, will become a learning opportunity, instead of an outright rejection.”

Another uphill and stressful battle for Africa’s young scientists is the pressure to get their research published in quality journals. Several problems may result from this situation, including low quality articles, the temptation to publish in “predatory” journals and scientists who don’t see any benefit in undertaking research that is creative or focused on local societal impact. “Young researchers need help to identify appropriate journals and they need constructive feedback that can help them improve their research papers, instead of outright rejections,” Prozesky said.

When young scientists become internationally mobile, it helps them to overcome many of the challenges we have identified, she adds. Working abroad for a period of time helps them to access future funding, develop new research skills and develop professionally. “However, due to family obligations it is more difficult for some women to take advantage of international work opportunities.”