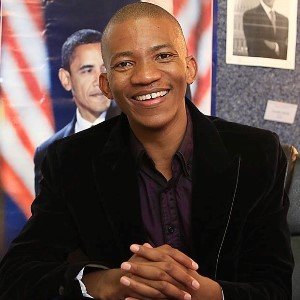 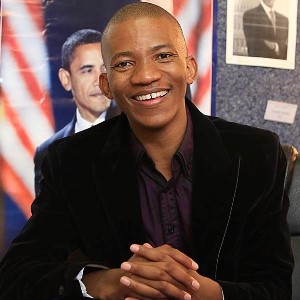 Dean and Head of the School of Education at the University of KwaZulu-Natal (UKZN) Professor Thabo Msibi was recently honoured with a P-Rating from...

Dean and Head of the School of Education at the University of KwaZulu-Natal (UKZN) Professor Thabo Msibi was recently honoured with a P-Rating from the National Research Foundation (NRF).

Msibi becomes the first education specialist in South Africa to receive this honour.

The rating, also known as the President’s award, is given to young researchers (under 35 years old) on the basis of exceptional potential demonstrated in their published work and research outputs. They are likely considered future international leaders in their field.

Professor Thabo Msibi was named the youngest Dean in South Africa, when at age 34 he was appointed Dean and Head of the School of Education at UKZN.

‘I feel really honoured by this recognition of my work. I am both grateful and humbled. I have been extremely anxious as I had to wait for more than 18 months to receive this outcome,’ said Msibi. ‘The fact that I have obtained this rating speaks to the many hours of hard work I’ve invested in my research. It is also a testament to the incredible support I’ve received from colleagues and students here at UKZN.’

He has published research in South African and international journals and books, and is author of the book Hidden sexualities of South African Teachers: Black male educators and same-sex desire.  He sits on the editorial boards of Gender and Education, Journal of LGBT Youth, on education Journal for Research and Debate as well as the Journal of Gender and Language, all of which are international journals.

In South Africa, he is on the editorial boards of Perspectives in Education, Alternation Journal, Transformation in Higher Education Journal as well as International Journal of Critical Diversity Studies.  He has presented papers and taught by invitation in multiple international universities.  He also has presented his work by invitation in several South African universities.

Msibi currently sits in three NGO Boards in South Africa.  He has been listed by the Mail and Guardian as one of South Africa’s top 200 young people, by Destiny Man magazine as one of the top 40 South African men under the age of 40 and by Africa Youth Awards as one of the 100 Most Influential Young Africans on the continent. He also has been awarded the DVC’s award for Community Service as well as the Distinguished Teacher’s Award by the University of KwaZulu-Natal.

Msibi has also served in national committees, including his appointment by the Minister of Basic Education, Ms Angie Motshekga, as a member of a Ministerial Committee that reviewed discrimination in South African textbooks.

In 2018, he was awarded a Distinguished Alumni Early Careers Award by Teachers College: Columbia University, and with his name placed on the University’s wall of honour. Recently, he has been selected by Harvard University as the Chen Yidan Visiting Global Fellow for the 2019-2020 academic year.

Lockdown: how to survive working from home