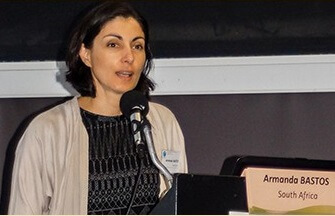 Two renowned researchers from the Department of Zoology and Entomology at the University of Pretoria, Professors Armanda Bastos and Marthán Bester, have been announced...

Two renowned researchers from the Department of Zoology and Entomology at the University of Pretoria, Professors Armanda Bastos and Marthán Bester, have been announced as fellows of the Royal Society of South Africa (RSSAf) for 2019. This brings the total number of RSSAf fellows from the department to seven.

Professor Armanda Bastos is Head of the Department of Zoology and Entomology, where she leads a research programme in veterinary microbiology and conservation genetics. She has published 88 scientific papers and five book chapters, presented keynote and plenary lectures in France, the UK and the US, and serves on the editorial boards of BMC Genetics and Frontiers in Veterinary Science. The 26 master’s and 15 doctoral students that have completed their studies under her supervision hail from more than 10 African countries and have gone on to secure senior academic and leadership positions at national and international organisations across the continent and in Europe.

“I am honoured by the nomination and endorsement of Royal Society fellows, who are all renowned scientists in South Africa and who have been role models. This fellowship is recognition of the relevance of my contributions to interdisciplinary research and capacity building. In addition to making my family extremely proud, this award is motivation to continue working across disciplines and to broaden appreciation for science through public engagement,” Prof Bastos said.

Her research focuses on infectious disease transmission at the interfaces between wildlife, livestock and humans, and makes use of molecular diagnostic and phylogenetic approaches to investigate disease dynamics, improve disease detection and surveillance, and evaluate pathogen variation against a backdrop of host variation. In addition to generating reference databases that assist with tracing the origin and transmission routes of outbreaks, her research contributes to improved detection and diagnosis of regional pathogen variants, and to the generation of data to guide disease control policy formulation. The African swine fever (ASF) virus typing method developed by Prof Bastos when she held a senior veterinary researcher position at the Onderstepoort Veterinary Institute (OVI) is prescribed by the World Organisation for Animal Health for typing field and outbreak strains.

Professor Marthán Bester is an NRF-rated (B3) scientist and an emeritus professor and senior research fellow in the Mammal Research Institute (MRI) in the Department of Zoology and Entomology. 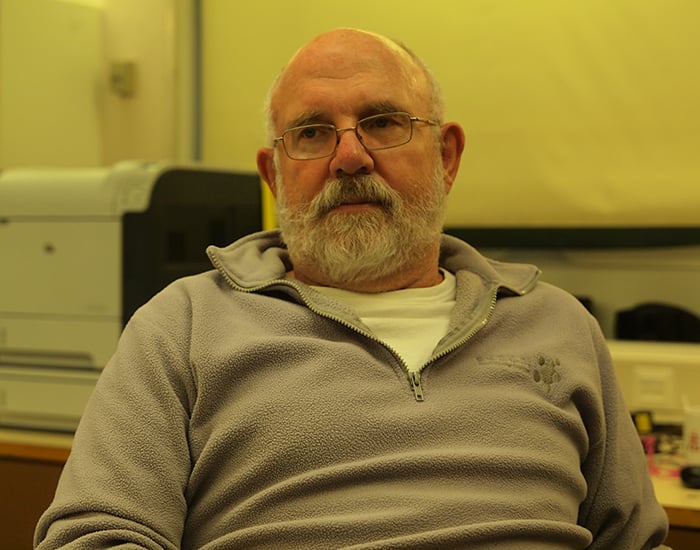 He was instrumental in the eradication of feral house cats from Marion Island, and his impact on that campaign and the seal research programme within the South African National Antarctic Programme (1974–2016) is described in a book published by Antarctic Legacy of South Africa (ALSA). A UP academic achiever from 2005 until his compulsory retirement in 2014, he was a member of the Society for Marine Mammalogy (SMM) ad hoc Committee on International Relations (2003–2018), and is currently a member of the Tristan da Cunha (TdC) Biodiversity Advisory Group and an honorary conservation officer of the TdC. He formerly served on the Scientific Committee for Antarctic Research (SCAR) Action Group on Antarctic Fuel Spills and on the board of the SMM (2005–2007). An alumnus of the Hanse-Wissenschaftskolleg (HWK) Institute for Advanced Study in Delmenhorst, Germany, he serves on the editorial board of Polar Biology, is a review editor for the Marine Ecology Progress Series, and previously served as a sub-editor of the South African Journal of Wildlife Research.

“Being a fellow of the RSSAf means that I have received a huge accolade from such a prestigious institution, and that my work now receives recognition outside of the SA university environment. Since the news of my fellowship broke, I have received congratulations from a huge number of people, from as far afield as Argentina, Australia, Britain, France, Germany and the USA, and it is still early days. This response also attests to the standing of the RSSAf worldwide. Naturally, to be considered for a fellowship of the RSSAf one needs to be nominated by caring, sharing, unselfish individuals who took valuable time to promote someone else, and this makes this fellowship all the more special,” Prof Bester stated.

The RSSAf is South Africa’s premier multi-disciplinary scientific organisation, which received its charter from Britain’s King Edward VII in 1908. For a century, the society has consistently played the leading role as the public face of South African science. It rewards eminent scientists with fellowships. The other fellows in the Department of Zoology and Entomology are: Prof Robin Crewe (1990), Prof Nigel Bennett (2002), Prof Rudi van Aarde (2004), Prof Sue Nicolson (2010) and Prof Andrew McKechnie (2017).

By Martha Meyer
Source University of Pretoria
About author