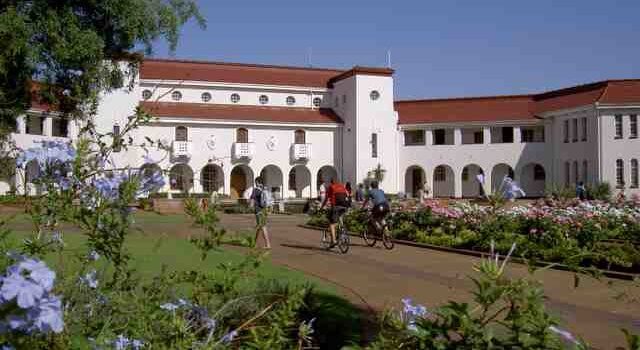 The latest rankings of world universities by Times Higher Education (THE) are another feather in the cap for the North-West University (NWU). The NWU...

The latest rankings of world universities by Times Higher Education (THE) are another feather in the cap for the North-West University (NWU). The NWU has had consistent good showings in rankings by various international ranking agencies this year. This ranking places the university among the top six (6) universities in South Africa.

THE announced its rankings for 2021 on Wednesday, 2 September. It is only the second year that the NWU has participated in the THE World University Rankings. Globally, the NWU is ranked between 501 and 600 out of more than 1 500 universities across 93 countries and regions that were evaluated for the 2021 rankings.

The THE University Rankings are considered to be the largest and most diverse university rankings to date. They consider research-intensive universities across all their core missions, which include teaching, research, knowledge transfer and international outlook.

According to THE, it uses 13 carefully calibrated performance indicators to provide the most comprehensive and balanced comparisons that are trusted by students, academics, university leaders, industry and governments.

For more information about the 2021 World University Rankings, visit https://www.timeshighereducation.com/world-university-rankings/2021/world-ranking#!/page/0/length/25/sort_by/rank/sort_order/asc/cols/stats.

This announcement is another building block in the NWU’s ranking excellence this year. The THE has also ranked the NWU among the top five (5) in its Emerging Economies University Rankings, which were released in February. Overall, the NWU was placed in position 109 out of the 533 universities from 47 countries. Apart from the NWU, nine other South African universities were also ranked.

It was also the first time the NWU was featured in the THE Young University Rankings, which were announced in June.

The NWU has continued to climb the rankings ladder after laying good foundations in previous years, celebrating achievements in 2018 and 2019 as well.

In addition to THE’s rankings, the NWU also received favourable rankings by the Centre for World University Rankings (CWUR) and the Academic Ranking of World Universities in June and July 2020 respectively.

Prof Dan Kgwadi, vice-chancellor and principal of the NWU, says the latest good showing in international rankings reaffirms the NWU’s commitment to quality education and its dedication to be an internationally recognised university in Africa, distinguished for engaged scholarship, social responsiveness and an ethic of care.

“Although the rankings are not at the top of our priority list, we welcome and celebrate the recognition of the good work done by our staff and students. I thank all our staff and students for their contribution in ensuring that the NWU lives up to its purpose to excel in innovative teaching-learning and cutting-edge research that benefits society.”