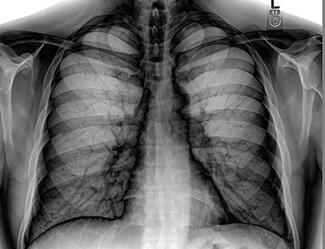 Successful treatment of MDR-TB in DRC

​​Multidrug-resistant tuberculosis (MDR-TB) is a form of TB that is resistant to at least two of the most potent antibiotics used to treat TB...

​​Multidrug-resistant tuberculosis (MDR-TB) is a form of TB that is resistant to at least two of the most potent antibiotics used to treat TB (isoniazid and rifampicin). Compared to drug-susceptible TB, MDR-TB treatment takes longer (2 years versus 6 months), is less effective (only about 50% of patients are cured) and more toxic (severe side effects include permanent hearing loss), and can be as much as 1,000 times more expensive. Without effective therapy, people with MDR-TB can infect others who have never had TB before.

The Democratic Republic of the Congo (DRC) is home to an estimated 81 million people and a high-burden country for TB, TB/HIV and MDR-TB. According to the World Health Organization (WHO), an estimated 262,000 new cases of TB and 56,500 TB-related deaths occurred in the DRC in 2017. The second Congo war started in 1997 and caused massive disruption of healthcare services in eastern DRC, contributing to an increase in TB cases and TB-related mortality in the region. In 2011, despite continuing civil conflict and militia activity, the Xpert MTB/RIF assay (Xpert), a rapid molecular diagnostic test for TB that includes testing for rifampicin susceptibility (detects rifampicin-resistant TB, or RR-TB, an indicator of MDR-TB), was introduced in South Kivu province of eastern DRC. The rollout of this new TB test was made possible through a collaboration between the DRC National TB Program and the Stop TB Partnership’s TB REACH initiative, funded by Global Affairs Canada.

In Clinical Infectious Diseases, a top-tier journal in the field of infectious diseases, André N.H. Bulabula, MD, MSc, PhD student, of the Department of Global Health, Division of Health Systems and Public Health, Stellenbosch University, South Africa and Infection Control Africa Network, with colleagues from the DRC National TB Program, South Kivu Provincial Anti-Leprosy and TB Coordination, and co-authors report a new cohort study of 16,448 patients evaluated for TB between 2012 and 2017 in post-conflict DRC. The authors found rifampicin resistance in 170 of 1,535 patients (11%) found to have TB. Nearly 47% of the RR-TB patients had never been diagnosed or treated for TB before, suggesting that many had been directly infected by contact with patients with RR-TB in their communities. Cure was achieved in 30/36 patients (83%) with RR-TB treated with a new 9-month regimen compared to 84/114 patients (74%) treated with 20- and 24-month conventional MDR-TB regimens. Factors associated with treatment success included lack of serious drug side effects, provision of socio-economic incentives and use of home-based directly observed therapy by trained community health workers and family members.

“In this challenging setting for MDR-TB treatment, it is compelling that our programmatic findings are in line with those reported earlier from observational studies in Bangladesh and other sub-Saharan African countries. Our findings are also in agreement with interim results of the ongoing multi-national STREAM randomized trial initiated by the International Union against Tuberculosis and Lung Diseases in 2012 with its main partner the British Medical Research Council, which showed that both the shorter and longer MDR-TB regimens achieved success in roughly 80% of participants. However, the shorter regimen is easier for patients to complete,” said study co-author Zacharie M. Kashongwe, MD, PhD, Professor of Pulmonology at University of Kinshasa, DRC.

“The absence of resistance to oral fluoroquinolones and second-line injectable drugs may account in part for the high success rates of RR-TB treatment in South Kivu province,” said senior study author Jean B. Nachega, MD, PhD, MPH, Associate Professor of Epidemiology, Infectious Diseases and Microbiology at University of Pittsburgh and Professor of Medicine and Director of the Centre for Infectious Diseases at Stellenbosch University.

“These data have important clinical and public health implications and can inform models of MDR-TB care in low- and middle-income countries, such as: expanding Xpert scale-up; prompt initiation of shorter, less-toxic regimens (ideally fully oral regimens containing potent new drugs such as bedaquiline or delamanid); involving trained community health workers to deliver TB services; integration of TB and HIV testing and treatment; and developing and implementing community/household-based MDR-TB prevention strategies. However, confirmation of the impact of some of these interventions will require further prospective interventional studies and cost-effectiveness analyses,” added Nachega.

The study was made possible with funding from Global Affairs Canada through Stop TB Partnership’s TB REACH Wave-2 grant to the South Kivu Branch of the DRC National Tuberculosis Program in 2011. Funding was also provided by the VLIR/UOS through a supplemental grant under the Institutional University Cooperation 2017 Phase 3 from the Belgian government, which supports a partnership between Ghent University, University of Antwerp and Katholieke Universiteit Leuven in Belgium, and the Université Catholique de Bukavu, DR Congo.

More about Organizations and Funding Agencies:

3) The International Union Against Tuberculosis and Lung Disease