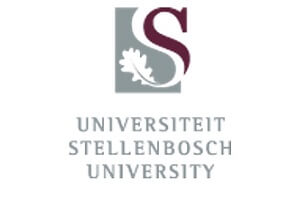 Stellenbosch University again among world’s top universities on THE rankings

Archives2263
Stellenbosch University (SU) has cemented its place among the world’s top universities based on the latest Times Higher Education (THE) World University Rankings. In...

Stellenbosch University (SU) has cemented its place among the world’s top universities based on the latest Times Higher Education (THE) World University Rankings.

Commenting on SU’s latest achievement, Prof Hester Klopper, Deputy Vice-Chancellor: Strategy and Internationalisation said: “Stellenbosch University is pleased with its new position on this leading and authoritative and global ranking. This type of recognition also provides further impetus to the realisation of our new Vision and Strategic Framework in terms of which we want to become Africa’s leading research-intensive university, globally recognised as a place of excellence, innovation, and where knowledge is advanced in service of society.”

She added that despite their caveats and limitations, rankings do play a role in attracting students and academics from across the world to SU and in building effective collaborations with other universities, institutions and organisations.

“We maintain a nuanced approach to university rankings in general”, given the current realities of the institution, our country and our continent as well as the methodology of the various rankings of which there are well-documented differences of opinion.

According to figures of South Africa’s Department of Higher Education and Training, SU has maintained the highest research output per fulltime staff member of all universities in the country for the past eight years.

SU has more than 4000 international students from more than 100 different countries and more than 246 bilateral partner institutions in 57 countries on six continents.