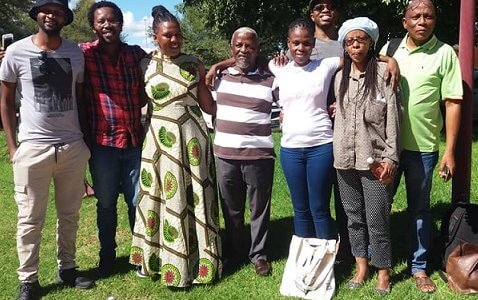 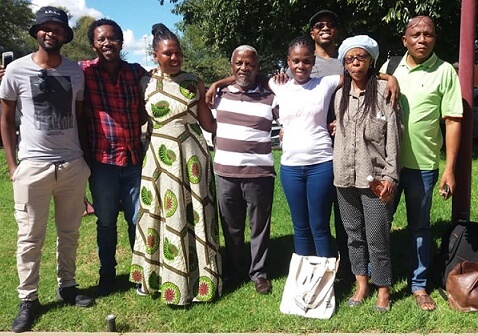 Three School of Humanities’ academics are contributing to a landmark project which will see seven novels and one work of non-fiction translated from English to Setswana....

Three School of Humanities’ academics are contributing to a landmark project which will see seven novels and one work of non-fiction translated from English to Setswana.

The seven works, known as The Repatriation of Letters, is part of a two-year project which involves four other translators: Wame Molefhe, Lorato Trok, Tuelo Gabonewe, Shole J Shole.

The project, which is expected to be completed by the end of this year and includes Mhudi, the work of Sol Plaatje, is being coordinated by Sol Plaatje University creative writing lecturer, translator and novelist, Sabata-mpho Mokae.

Seasoned translator and academic, Shole J. Shole, who is based at the North West University in Mahikeng, is supervising the team of translators.

Other works which are being translated include Taung Wells by Martin Koboekae, Sarcophagus by Tuelo Gabonewe, This Book Betrays My Brother by Kagiso Lesego Molope, Maru by Bessie Head, Call Me Woman by Ellen Khuzwayo and Matters of Life and Deathby Lesego Malepe.

Interestingly, the criteria for the selection was that the works should be in English but set in Setswana-speaking communities or that the author’s mother tongue is Setswana, or both.

Sabata-mpho says that the project intends to increase the number of prose works in Setswana where there is a dire shortage of such. At the moment, schools and universities use the same works year after year as there are not many from which to choose.

He says that it is hoped the project will assist towards mainstreaming literary translations, which is a respectable creative process but has not been adequately done and promoted in South Africa.

The project is made possible by funding from the Northern Cape Department of Sport, Arts and Culture.

The project, which Shole prefers to term “Transcreation,” was inspired by the argument he made in the 1980s that Sol Plaatje’s Mhudi is essentially a Setswana story written in English.

It is hoped that DSAC will fund the next phase of the project which will involve 10 non-fiction works (memoirs and biographies) and poetry. It is scheduled to start in April 2020.