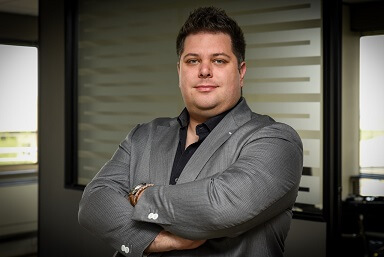 “The more blockchain experts we can help develop, the better it is for the ecosystem as a whole,” said Sharrock. “From the start, Tari Labs has been all about giving talented people the chance to develop their abilities. The Tari Labs University is a natural next step in sharing knowledge and learning from the community in turn.”

Tari Labs was launched earlier this year by a consortium co-founded by maverick South African blockchain and cryptocurrency expert Riccardo “fluffypony” Spagni, with a specific goal of redefining the way we work with digital assets – like in-game items, digital collectables, concert tickets and loyalty points.

The core Tari Labs development team is based in Johannesburg, in line with Spagni’s view that much of the talent needed to help build the Tari protocol already exists in South Africa. Sharrock says the Tari Labs University will play an important role in upskilling potential candidates and developers even before they join the team.

“As with any open source project, we see the learning material as living or ever-evolving.  The bigger picture here is to assist in constructing an ecosystem for developers and enable them to leverage the Tari protocol,” said Sharrock. “We’re ultimately part of a network, and the more participants it has, the more successful it will be.”

Tari Lab’s team is currently stewarding what it calls “the most useful decentralized platform that empowers anyone to create digitally scarce things people love.” The platform will allow people to manage and transfer digital assets with more flexibility, enable true digital scarcity, and break down the industry-specific silos in which businesses currently operate.

Tari is an open source, decentralized protocol that reimagines the future of digital assets. It focuses on solving the current problems in the digital asset management space, and bringing a blockchain protocol to the real world in a highly visible way.

Tari Labs is a contributor to the South African-based blockchain protocol Tari. Its founding team is uniquely equipped to provide solutions to challenges in the digital asset management space due to their many years of expertise across the blockchain, cryptocurrency, ticketing, and entertainment industries.