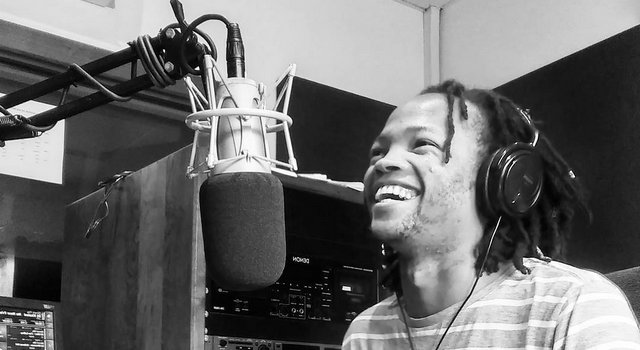 By Luvo Mnyobe, Master’s in Journalism and Media Studies student After struggling with anxiety and depression in his second year, law student Tshepo Mantje decided...

By Luvo Mnyobe, Master’s in Journalism and Media Studies student

After struggling with anxiety and depression in his second year, law student Tshepo Mantje decided to share his painful lessons with others through a podcast – turning a complicated subject into a positive experience. A recent LLB graduate, Mantje recounts the interesting trajectory of his academic career.

Mantje first visited Rhodes University in 2014 during a school trip to Makhanda for the National Arts Festival. During that short trip, Mantje said he fell in love with the ‘Creative City’ and decided to study at Rhodes University.

“The people I met there were so expressive and confident. I met people from different walks of life, who lived their lives so openly in ways that I had never been exposed to before,” said Mantje.

Mantje came to Rhodes University in 2015, where he registered for a Bachelor Arts in Psychology and Legal Theory. He eventually graduated with an Honours in Psychology before embarking on a postgraduate LLB degree.

“Studying a BA at Rhodes University allowed me to explore a lot of different subjects. In my first year, I did Anthropology, Philosophy and Legal Theory – I don’t know of any other university that would have allowed me such a wide choice of subjects,” said Mantje.

He admits that another reason he decided to come to Rhodes University was for his love for broadcasting. He gives credit to Rhodes University for allowing him to explore this interest through the campus radio station, Rhodes Music Radio, where he was the host of the Driveby Show.

“During that initial trip to the university, I had done a campus tour, and one of the stops was Rhodes Music Radio. I was immediately fascinated by the station,” said Mantje. “And I was really happy when I was at the station. The station manager and programming manager trusted us, and I was given a lot of freedom and creativity to shape the show.”

Mantje started his podcast during his second year of LLB after struggling with anxiety and depression. “I was not able to show up for myself in the ways that I needed to, and I started going to therapy,” explained Manje.

During this time, he realised that there were very few resources to assist people like him in learning about mental health.

“I decided to create the podcast during this time because the mental health support resources I was consuming were mostly American, and what about an African audience?” asked Mantje. And so the Daring Greatly with Tshepo Mantje podcast was born.

Mantje explained that although his entry to podcasting is his mental health podcast, he has since created Daring Media, a production company that produces many other podcasts.

“I do not feel pressured to choose between media and law,” he added. “Why not do both?”