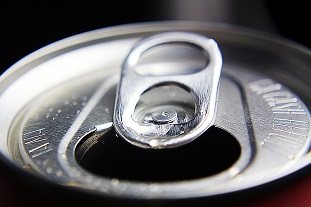 No quick-fix solution to obesity-related diseases

A sugar tax in South Africa should be implemented in parallel with well-designed, long-term research studies that takes the South African context into account....

A sugar tax in South Africa should be implemented in parallel with well-designed, long-term research studies that takes the South African context into account.

So says Prof Faadiel Essop, head of the Cardio-Metabolic Research Group of the Department of Physiological Sciences at Stellenbosch University. His perspective article was published in the South African Heart Journal this week.

While the intake of added sugars by South African has substantially increased over the last few decades, the question remains whether it is indeed the primary cause of an increase in non-communicable diseases such as diabetes and cardiac dysfunction.

“Dietary sugars are derived from a range of foodstuffs, but beverages such as sodas, fruit juices, energy drinks and sweetened milk drinks provide a significant proportion of added sugars,” he explains. One 330 ml can of soda, for example, contains about seven to nine teaspoons of sugar.

In another article, also published this week in the Journal of the Endocrine Society, Prof Essop and members of his research team conducted a review of 36 studies on the cardiometabolic effects of sugar-sweetened beverages consumption for the past decade.

The review showed that most epidemiological studies strongly show that frequent intake of these beverages contributes to the onset of metabolic syndrome, diabetes and hypertension.

Most of the studies analysed assessed individuals who consumed more than five sugar-sweetened beverages a week.

“The findings clearly demonstrate there is a need for public education about the harmful effects of excess consumption of sugar-sweetened beverages,” Prof Essop says.

“But our understanding of this topic would benefit from additional research to further clarify how sugar-sweetened beverages affect our health. Our analysis revealed some limitations in the current research on this topic. There is definitely a need for longer-term studies, as well as the standardisation of research methods.”

With regard to the potential implementation of a sugar tax in 2018, Prof Essop supports this initiative but also argues that it should be part of a multi-pronged strategy to reduce the individual’s overall intake of sugar, starting with sugar-sweetened beverages.

The work was supported by South Africa’s National Research Foundation and Stellenbosch University.