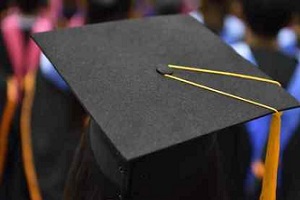 He completed his internship in Roodepoort West before moving to the Technisa Campus. Here he was employed on a temporary basis as the Student Support Services Officer. This was before jetting off to Bunker Hill College in the United States of America where he participated in an exchange programme.

The programme also provides opportunities for professional internships, in-service learning, and community engagement activities. Participants spend one academic year in the United States and may earn certificates in their fields of study.

After completing the programme, participants return home with new skills and expertise to help them contribute to the economic growth and development of their country.

“I was based in Bunker Hill College. I studied Entrepreneurship for a qualification that is internationally recognised”, says Tumelo. Tumelo is confident that the knowledge he gained in this programme he will be able to share with other students back at home.

As soon as Tumelo learnt that part of the Community College Initiative Programme included participating in an internship, he started searching for companies in which to work. In fact, his search began before he even set foot in the United States.

Before coming to Boston for his exchange year with CCI at Bunker Hill College, Tumelo thought about how his connections might help him find an internship. He reached out to City Year South Africa, an organisation he had volunteered with in 2012.

He served 125 hours on his internship and his responsibilities included but were not limited to, donor database administration, research and event planning assistance. Tumelo says that he was intrigued by the culture shock.

All the participants of the programme came from different countries. However, all had learnt to live with people of different cultures and backgrounds. “Cultural boundaries were broken”, says Tumelo.

“I studied the college’s business model as to how they raise funding and how they operate their business. This is the very same business model I used in the City Year branch while in the Internship. I wanted to ensure that my experience would also benefit the organisation”, says Tumelo Mosweu.

His future plans are on the co-operative side and strengthening his entrepreneurship skills that he learnt while at Bunkers Hill Community College. Tumelo maintains that were it not for the College’s assistance, he would not have achieved this goal.

He thanks South West Gauteng TVET College for its contribution towards his life and this once in a life time opportunity. Students who are interested in the programme may contact the US Embassy for further information.