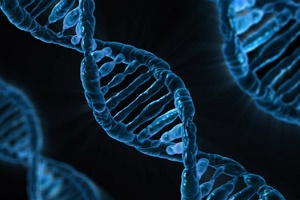 Archives2264 research50
The Technology Innovation Agency (TIA) and UKZN have signed an agreement for the establishment of KRISP – the Kwazulu-Natal Research and Innovation Sequencing Platform....

The Technology Innovation Agency (TIA) and UKZN have signed an agreement for the establishment of KRISP – the Kwazulu-Natal Research and Innovation Sequencing Platform.

This signed agreement with the TIA takes the omics/informatics facility to new levels.

Professor Tulio de Oliveira said: “This means that we have the first large centre in KZN for DNA testing that uses next generation technologies (ie. most advanced DNA sequencing technologies). This facility will allow DNA testing (cancer, paternity, Alzheimer’s, etc.)  for individuals, diagnostics and hospitals and will provide DNA testing to help to treat patients with drug resistance to antibiotics, HIV and TB infections.  DNA testing of HIV, TB and antibiotics infections allow us to understand the chains of transmissions, which information can be used to derive effective interventions to stop transmissions. Lastly, KRISP will advance scientific research and the Bioeconomy in South Africa”

KRISP, the result of hard work by, among others, Professor Tulio de Oliveira, Professor Deresh Ramjugernath and Professor Salim Abdool Karim, was previously known as the Genomics and Bioinformatics Centre.

Deputy Vice-Chancellor and Head of the College of Health Sciences, Professor Rob Slotow, said KRISP is one of many exciting research projects driven by de Oliviera.

De Oliveira is a full Professor at Nelson R Mandela School of Medicine at UKZN and a Research Associate of CAPRISA. Recognised as an expert on HIV genetic data and bioinformatics software development, he received his PhD at the Nelson R. Mandela School of Medicine in 2003, was a Marie Curie Fellow at the University of Oxford in the United Kingdom in 2006, and has recently been awarded a Royal Society Newton Advanced Fellowship.

In total, he has published more than 100 manuscripts, and developed dozens of bioinformatics software applications and databases. De Oliveira leads a group of18 researchers and/or post-graduate students.

The concept for KRISP started in discussions with the executives of UKZN, CAPRISA, TIA and the DST, funded by the South African Research Infrastructure Roadmap (SARIR) DIPLOMICS programme.

‘We decided that it was wise to build KRISP on our strength in genomics, epidemiology and bioinformatics and to use our existing facilities at the School of Laboratory Medicine and Medical Sciences in the College of Health Sciences to host it,’ said de Oliveira.

The vision of KRISP is to produce and analyse omics data at the same speed and quality as the top genomics centres in the world. This will produce cutting edge research, support industrial development and capacitate the next generation of scientists in South Africa.

A critical function of KRISP will be to enable and facilitate access to genomics, epigenetics and bioinformatics technology to a broader community of users who might not otherwise pursue these technologies or use alternative international resources.  KRISP aims at creating, in collaboration with TIA, a professionally run and accredited service component that is available for academic, commercial and industrial clients.

This agreement will see TIA providing R5 million a year for the core of the facility, but there is now opportunity to leverage additional funding for flagship projects, including a flagship programme from the South African Medical Research Council (SAMRC). The SAMRC Flagship programme has been very successful  – it has published 60 manuscripts, graduated nine MScs and PhD students and trained 1150 participants as part of capacity building workshops in the last three years. KRISP is now looking for opportunities to collaborate with key stakeholders and funders to identify new flagship programs that can generate similar scientific and capacity building output.

‘We are very passionate about training and capacity building. For example, in the last three years, we have organised 16 workshops during which 1150 individuals were trained. As part of KRISP, we will continue and expand our training programme.  We also expect to graduate more PhDs and MSCs in order to create the scientific leaders of tomorrow,’ said de Oliviera.

Director of Caprisa Professor Salim Abdool Karim has been crucial in the planning processes and will act as chair of the board.

KRISP has thanked SAMRC for its support and look forward to a very positive interaction in the future.

‘A big thank you to everyone who worked hard towards the establishment of KRISP. I am very glad to see this has happened and we will work very hard to become a success history,’ added de Oliveira