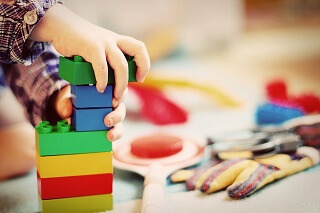 Archives2263
Grade R learners whose mother tongue isn’t English perform just as well as their English-speaking peers when it comes to storing and processing small...

Grade R learners whose mother tongue isn’t English perform just as well as their English-speaking peers when it comes to storing and processing small amounts of information needed for, among others, learning, problem solving and performing calculations. What does hold them back, however, is their lack of proficiency in English and with a few extra lessons their English language development as well as their academic performance could be improved.

“These children only lack the necessary English skills to perform well academically because their working memory or short-term memory skills for holding information that can be processed quickly are on par with that of their peers,” says Dr Michelle White, a part-time lecturer in the Department of General Linguistics at Stellenbosch University (SU). She recently obtained her doctorate in General Linguistics at SU.

White wanted to find out what the cognitive and linguistic development of a typical Grade R learner looks like who is in the process of learning English through the language of instruction, i.e. English, which is the preferred language of learning and teaching in many of our schools.

“Many South African children are English language learners who have little English proficiency upon entering school. They are being taught in a language that is mostly unfamiliar to them.”

As part of her study, White investigated the development of Grade R learners’ English language skills and the cognitive processes that underlie these skills in a multicultural classroom in an English-medium school.

Thirty-four Grade R learners at a culturally and linguistically diverse school in the greater Cape Town area participated in her study. One group had English as home language, whereas the other group spoke nine different home languages and had little proficiency in English. These learners were tested three times over the course of one school year with a complete English language assessment, an English vocabulary test and four tests of working memory.

“The tests on working memory, in particular, were crucial as this part of our short-term memory is very important in our daily lives and also a key cognitive process that underlies language learning and performing well at school in mathematics and reading, among others,” says White.

In addition to the language assessment and tests, White interviewed the learners’ parents to find out more about their language habits at home.

“My study showed that learners with English as home language and their second language peers scored comparably on the working memory tasks throughout the year, which means that their working memory ability is independent of how much English they know.

“As expected, the English home language children outperformed their peers on all language measures consistently across the school year. They had bigger vocabularies and were also better at using and understanding grammar.”

White points out that the route that the development of English skills and working memory skills follow over the year was the same for both groups.

“This means that, regardless of the knowledge that non-English speaking children start off with, the route or trajectory that their cognitive and language development follows is the same as that of their English monolingual peers,” she adds.

White says that looking at working memory offered valuable insights because it does not seem to be affected by how much English a child knows. Therefore, if we see a child’s working memory scores are low, we need to consider sending him/her to be assessed for a possible delay or disorder, she adds

“Now that we know that the trajectory of the cognitive and language development looks the same in both groups, we can see if they are developing without the presence of a learning disorder and if they are not, we know to send them to a professional for proper assessment.”

“We also need to be screening these children if they fall behind academically to rule out the possibility of a learning or language disorder.”

White says working memory tasks and the training thereof can also be something that the parents or caregivers do with the child.

Given how crucial early intervention is for academic success, it is important that Grade R learners who don’t speak English at home, are more exposed to the language at school, she adds.