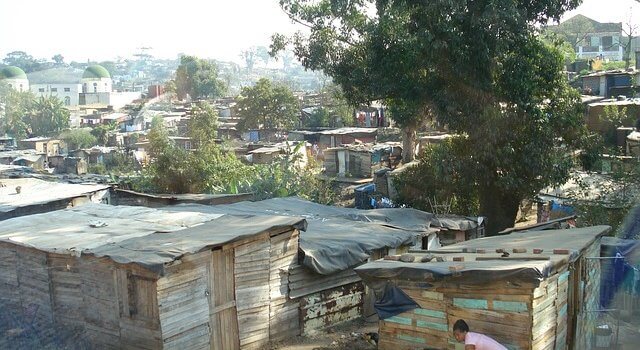 The stark inequalities within the South African population were brought to the fore in a new study by Stellenbosch University (SU) researchers that shows...

The stark inequalities within the South African population were brought to the fore in a new study by Stellenbosch University (SU) researchers that shows that poorer communities were much harder hit by the first wave of the Covid-19 pandemic than more affluent communities.

These findings suggest that lockdown regulations meant to curb the spread of Covid-19 held little benefit for socio-economically vulnerable groups whose living conditions prevent them from adhering to measures such as social distancing and self-isolation. The researchers appeal to decision-makers to consider alternative prevention measures to protect vulnerable communities from Covid-19 infection.

“Our findings show that people living in certain low-income areas were more than twice as likely to test positive for Covid-19 than people from areas with a higher average income. This is likely due to socio-economic factors in low-income settings, such as overcrowded living spaces, which make it almost impossible to practice social distancing and self-isolation,” explains study lead Dr Jane Shaw, a pulmonologist with the Biomedical Research Institute Clinical Team at SU’s Faculty of Medicine and Health Sciences (FMHS).

During the study, the researchers performed Covid-19 antibody tests (SARS-CoV-2 serology) on a group of 405 people living in the Cape Town metropolitan area. The study volunteers were all employees at the Victoria & Alfred Waterfront and were representative of all socio-demographic groups in Cape Town. The tests were performed approximately one month after the peak of the first Covid-19 wave in the Western Cape. As part of the study, researchers confirmed that the antibody test they used was highly accurate in the Cape Town population.

The research, recently published in PLOS ONE, showed that living in informal housing or low-income sub-districts and having a low-earning occupation were associated with higher rates of infection.

The study also suggests that the number of Covid-19 infections were significantly higher than the reported rate, and that nearly half of all infected people did not experience any symptoms and were therefore unaware that they were infected.

“Almost a quarter (23,7%) of the group tested positive, which means that they had been infected at some time during the first wave. The infection rate in this group was also significantly higher than the infection rate reported in the Western Cape (1,6% at that point in time), indicating that there probably were far more infections than were documented in the official statistics,” Shaw explains.

The research also indicated a high rate of asymptomatic infections. “Almost half (49,7%) of the volunteers who tested positive had experienced no symptoms of Covid-19 in the preceding six months. Therefore they did not realise that they had Covid-19 infection,” says Shaw.

A study co-author and Head of the FMHS’ Department of Biomedical Sciences, Prof Gerhard Walzl, emphasises the challenges faced by vulnerable populations during the pandemic. “Many of the ‘hotspots’ of the first wave of Covid-19 infections coincided with areas with a lower per-capita income, and statistics show that the government’s containment measures were less effective there than in the more affluent suburbs. Poor housing conditions, including crowding and the lack of living spaces that would allow social distancing, possibly contributed to this.

“Policy-makers need to take into account that it is not reasonable to expect people living in dwellings that are barely adequate as sleeping quarters and that lack any recreational space, to practice social distancing to the same degree than more affluent sectors of society. The only likely way to protect the socio-economically vulnerable is to ensure an early and effective vaccination strategy,” Walzl stresses.

“In an attempt to get such an epidemic under control as quickly as possible, prioritisation of socio-economically deprived areas for vaccination might have to be considered in future outbreaks where vaccine supply is initially inadequate. This should be coupled with vigorous public health information campaigns specifically targeting vulnerable population groups,” he concludes. Link to the journal article in PLOS ONE: https://journals.plos.org/plosone/article?id=10.1371/journal.pone.0247852