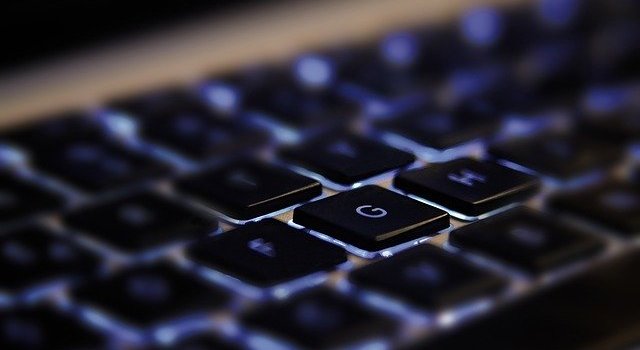 Another South African is making it in tech in the US

There is another South African to watch in the tech sphere: Derrick van Schalkwyk, one of the founders of Kristalic, who is creating a...

There is another South African to watch in the tech sphere: Derrick van Schalkwyk, one of the founders of Kristalic, who is creating a personal, cloud-based memory bank for every conversation you have during your workday.

Van Schalkwyk, who graduated from Stellenbosch University with a master’s degree in civil engineering informatics, helped start Kristalic in San Francisco with Filip Kozera and his university flatmate, Jos van der Westhuizen, who holds a masters’ and Ph.D. in machine learning from Cambridge University.

After completing his master’s, Van Schalkwyk joined SMEC Cape Town’s bridge design team, where he focused mostly on the design of bridges, but often also helped to improve in-house software to improve design productivity, which he enjoyed the most.

“I taught myself to code in VBA (visual basic for applications) because we used Microsoft Excel and you can actually automate a lot of tedious tasks with spread sheets combined with some VBA code in the background. In my second year I was thrown into the deep end when I was chosen to help with the detailed design of an integral abutment bridge, a bridge deck with zero bearings, in London,” he says.

Van Schalkwyk eventually reached a point where he had to decide to either fully commit to the bridge design profession, or concentrate on his passion and develop his computer programming skills. It was around that time when Van der Westhuizen called and told him about Kristalic, which he and Kozera had started a few months before.

“He basically asked what I thought about quitting my job and helping them start a business,” van Schalkwyk says. “I didn’t care much what the plan was at that stage. All I knew was that there would be coding involved and I was just keen for the opportunity and to learn as much as possible.” It did not take Van Schalkwyk long to call him back and book a ticket to Seattle.

He says human memory is fragile, but they believe that it can be augmented through technology in a seamless interaction as if it were an extension of yourself. “Our solution was to wear an earpiece that records everything you hear and say, transcribe (speech to text) all the audio, push it up to the cloud for storage and build software to make the content rapidly accessible when you need it.

“We would also use NLP (natural language processing) and machine learning to enable you to ask abstract questions and get the answer from your personal electronic memory bank stored in the cloud. Most of the technology already existed to test the hypothesis; you only need a smartphone to capture all the conversations you would like to remember,” Van Schalkwyk explains.

Van Schalkwyk says he built most of the front-end and had to self-learn many different technical skills, including Git (version control system to help manage software updates and project collaboration), Ionic, React and React Native (tools to build cross-platform and Web applications), Javascript and Python programming languages and the basics of Heroku server set-up and how to expose an API to communicate with the mobile app and web app.

They worked on this idea throughout Techstars, a worldwide network that helps entrepreneurs succeed and offers start-ups the opportunity to make connections and gain access to resources to grow their companies. The three of them developed an MVP (minimum viable product) in the form of the automatic note-taking app.

“At the time that we developed the MVP, we developed the best-in-class voice print technology. As with the fingerprint, every person’s voice is unique. Our app prompts the user to read out a paragraph and we would then train our AI model to recognise the user’s voice within less than a second. The app would then distinguish between different speakers and automatically recognise and tag at least the user’s voice. “

The team realised that a lot of dialogue is redundant and developed a module that extracts reminders and action items from meetings by searching for key phrases such as “I’ll make a note of that” or “remind me to…”. An AI layer reacts to the user’s relative intonation changes, which indicates importance.

Unfortunately some people do not speak well enough to generate a perfect transcript and the team circumvented this by developing proprietary software for post-processing of the transcript and fix it as much as possible with hard coded rules and AI.

“The hard coded rules run through the transcript and fixe the more obvious things, such as repeating words. The AI on the other hand actually changes some of the sentence structure to make it more readable. We plan to release this module as an API, so that any third party could send a request to our server and receive an improved transcript back,” he explains.

Clients start the process by inviting the Kristalic bot to a meeting. The bot then calls into the meeting and records it. The audio is sent to the Kristalic servers, transcribed and presented as a transcript linked to the audio on the Kristalic web-platform.

“We also have a summary view, where the conversation is structured in Q&A format with our own proprietary software, which uses AI to summarize the questions and answers into more readable, to-the-point, bullet points.”

Kristalic has found some initial traction serving PE and Hedge Funds with transcripts and summaries of their conversations with experts in adherence to the due diligence process required in certain industries or companies invested in.

Kristalic managed to raise around $1.75 million as part of a seed round, with Donuts co-founder Paul Stahura, 3Rodeo, Renegade Ventures, Fairchild Fund II, Moai Capital and an investor from Sequoia Capital’s “scout program” among the backers.

Kristalic also participated in the 5th Annual “Internet Plus” Innovation and Entrepreneurship Competition in China in October 2019. Although they did not proceed to the final round of the competition, the organisers gave them the opportunity to present their vision and product to the vice-premier of China.

Van Schalkwyk says seeing his and his co-founders’ dreams come true is almost unbelievable. “I am an optimist and ready for a challenge. I believe we can change the world by starting with ourselves,” he says.